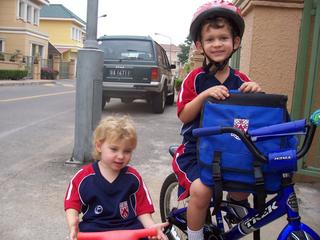 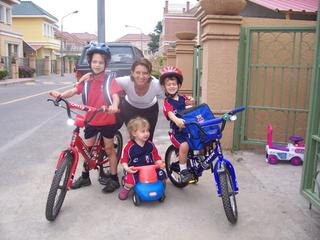 Anna wears her “PE kit” on Thursdays. I have no idea what two-year-old PE means or how it differs from any other running-around day. It’s a very nice Montessori school and they are very into kids doing things for themselves, which is a good thing. Anna is pretty independent anyhow and has really taken to that. They also have this British thing since Dulwich College took over. Who knows what’s going on but it seems good and Anna loves going to school and loves wearing the same special clothes as her brothers.