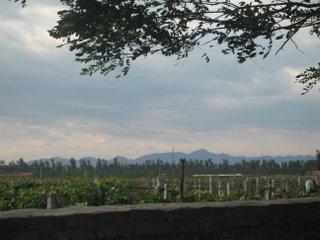 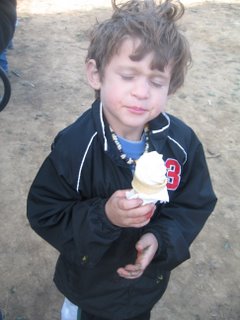 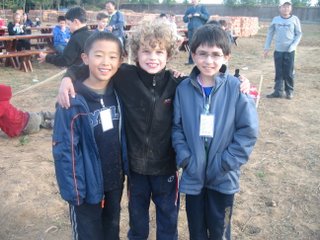 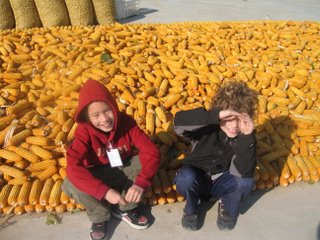 We have a bagel store nearby called Mrs. Shannen’s. It is owned by a Chinese couple who lived in Brooklyn for along time. Bagels are decent.. they need more curst but quality is high. They import all their flour from the US and are very serious about what they’re doing. They also have good lox (!), sandwiches, pizza and more. They also run an organic farm just a little bit North of the restaurant on the edge of the country.

About two weeks ago they had a Harvest Festival at the farm which was a really nice vevnt. Pumpkin painting, corn maze, games, lots of stuff like that. We went up there and it was pretty sweet. Lots and lots of people we know, more that the kids knew. They had a great time.

It had rained significantly the day before and the air was clear – the rain is so nice it’s hard to describe how nice it is. It really, really changes the weather pattern. I took this picture of the fields with the mountains in the background on the way in. These mountains ring Beijing but you rarely can see them. It s really quite astounding when you can because they completely change the way the city looks, in a very good way.

I am not a blogger Halloween, Mach 1
Scroll to top