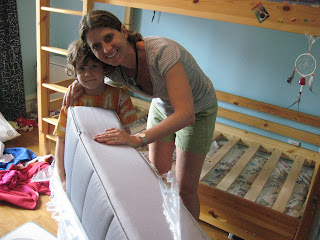 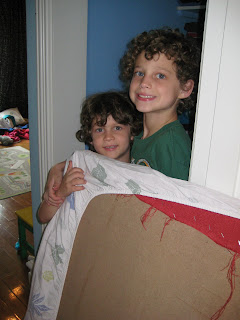 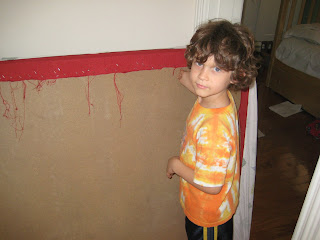 Eli has been sleeping on one of those since we arrived here two years ago. We bought a bunk bed from our predecessors. Jacob abandoned the top bunk within a week, partly because he didn’t like being on the top but mostly because he immediately realized how much that mattress sucked. He started sleeping in the guest room, which had his old bed from NJ, which is quite comfortable.

Eli kept sleeping on the plywood, though and rarely complained. In the last few months, however, he started saying the bed was uncomfortable and who could argue? We kept meaning to get a new bed but weren’t quite sure what to do with the bunk bed.. then Jacob said, “why don’t we just get a new mattress for Eli?”

We measured.. size was standard.. so last Sunday we went to Ikea. Now, that is a trip. A whole other story. In fact, I am going to write a column about shopping at Ikea next year. It s hard to describe… so many people there. Think of the busiest Ikea you’ve ever been in and double it.

And Chinese folks just like to hang out there, too. I went to Ikea on a weekday a month or so ago. It wasn’t as crowded but there lots of young couples canoodling on the couches. Most of them live with their parent s and they don’t have a lot of places to get privacy.

A year or so ago when we bought Jacob a new bad there, I went to sit on one and there was a little Chinese baby sleeping in it. I went to try an office chair and they were all occupied by guys, just hanging out. Hilarious. We know a guy who works for Ikea and he said at first they tried to move people on and then they just embraced it, started putting magazines on the couches.

Anyhow, we went to Ikea, stayed on task and got Eli a new mattress, the same one Jacob has. When we got home and swapped them out, Eli was horrified and amused when he we removed his mattress and he got a look at it.

He kept saying, “I can’t believe I slept on that thing for two years.”

None of us could, really. He has been very happy on his new mattress.