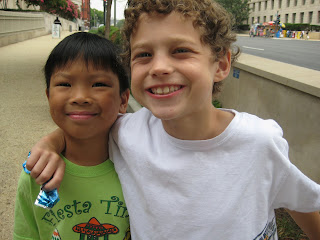 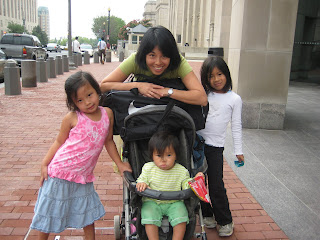 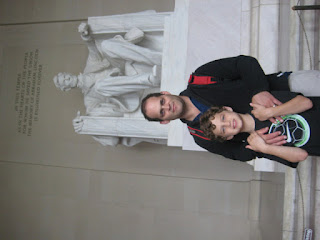 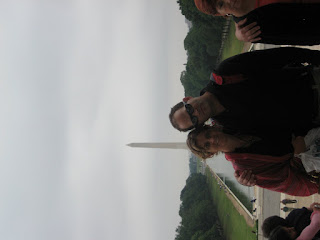 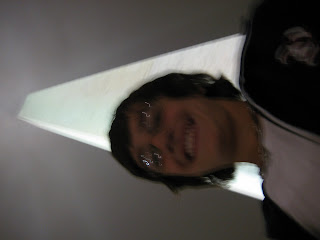 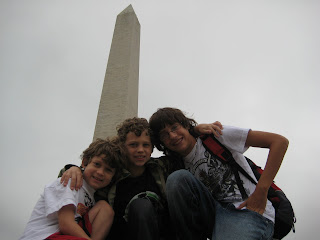 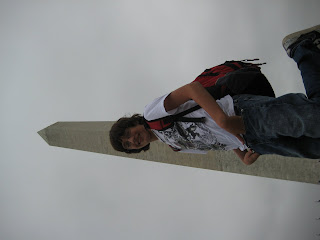 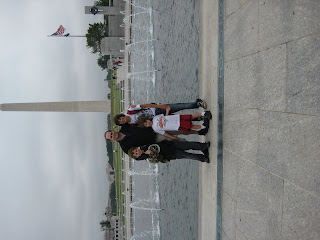 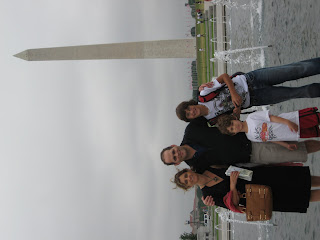 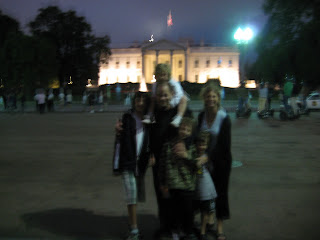 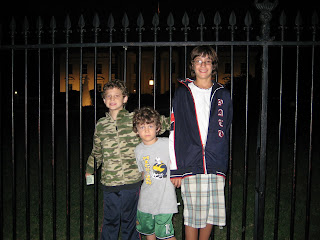 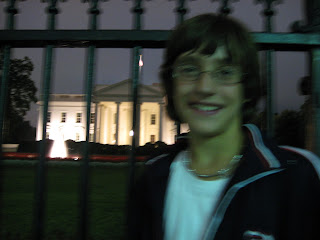 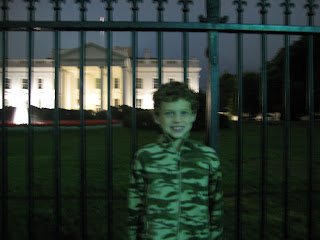 I have lots of pictures from our trip to DC, but oddly not enough of our kids with the Moy children. This was the only stop on our 2,000-mile-plus journey that did not involve visiting family. It was about reconnecting with our friends Kathy Chen and Kin Moy and their kids. They were our first friends in Beijing and all of us welcomed a chance to catch up, but especially Jacob, who has talked about Andrew almost every day since he moved back last summer. But it was also about connecting with something deeper – what it means to be an American.

We wanted to go to DC initially because we thought the kids could really use a dose of American history and knowledge. After two years studying in the British curriculum, Jacob knows a lot about ancient Roman, Greek, British and Chinese history but his knowledge of American history and politics was decidedly lacking. We realized that months ago when he blinked and looked blankly when we asked him about George Washington and Abraham Lincoln.

He has improved since then because we got some books, (and aunt Judy sent a bushel-full after her spring visit). Still, he needed more American knowledge, and so did Eli. I hoped that bringing them there would help them really understand what it means to be an American. I know that sounds grandiose, pompous, maybe even absurd… but I really hoped that seeing these sites, they would feel some of the power and patriotism they inspire in so many and which it’s really hard to just impart.

It’s easy to be cynical about politics and particularly the presidency and all its accompanying pomp, particularly now. But I think it’s important to reign yourself in and allow the children to feel some uncomplicated pride and patriotism. They have plenty of time and brainpower to become cynical later in life. I still remember visiting DC when I was about 9 and feeling an incredible urge of patriotism. I want my kids to have that as well.

What I didn’t really realize, however, is how powerful my own feelings would be. I looked up at the Washington Monument, lit up at night and felt awed. I turned to my right, looked across at the Capital, lit up at night, and I teared up. That surprised me, but it was only the beginning. It was our first night in DC and I felt some form of hoper emotionalism for the entire visit.

We took the kids to see the White house at night and I felt pride and I reflected on the fact that there is no White House in China—people there have no idea where the leaders live. Their residences are secret, sealed off, heavily guarded and shrouded in mystery. That symbolizes something, and so does the ability to come late at night and stand behind an iron gate gawking at the president’s residence. So too does the protestor silently smoking a cigarette underneath the clapboard “end nuclear proliferation” sign, an outpost supposedly manned round the clock since 1982. You can argue about the futility of such a gesture but after living in China for a few years, it’s hard not to appreciate their right to do it and the potency of their mere presence.

The next day we returned to the Washington Monument, eventually going up. But not before strolling the mall, visiting the World War Two memorial, walking the mall and entering the Lincoln Monument. It’ s place I was particularly moved by on that family trip when I was a kid and again on several subsequent visits. I looked forward to sharing it with my kids and hoped that they would feel some of the power that I have experienced.

I really can’t say whether or not they did feel that awe. I had a hard time keeping them interested in the Gettysburg Address, which I read to them. But a few things happened over the days that made me feel at least like some of what they were seeing and experiencing was sinking in. I am going to write a whole other entry about Eli and the Vietnam Veteran’s Memorial, but there were also a few things Jacob said…

A few days after we saw the white House protestor, Jacob said to me, “Dad, you know that guy sleeping in the little box outside the White House to show George Bush his war is wrong?” This was not what he was actually doing, and we didn’t say it was – it was Jacob’s own interpretation—but I just said, “Yes.” “Well,” he said, “I think he’s doing the right thing.”

I also had tried explaining our system of government, the three branches checking and balancing each other to prevent a dictator or monarchial rule. I had no idea if that sunk in. But here in Beach Haven the other night the kids were about to go to the arcade. Jesse, 15-year-old cousin, was leading them and
we made it clear he was in charge.

“He’s the president,” Jacob said. ‘Yes.” Then Jesse’s 12-year-old sister Emma said, “I’m the vice president.” And Jacob and, “There is a court that’s not controlled by Congress…”