I thought this was cool and worthy of post. I’m both jealous and proud of Rick and Jackson. 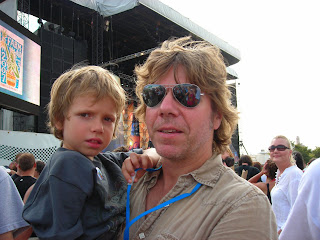 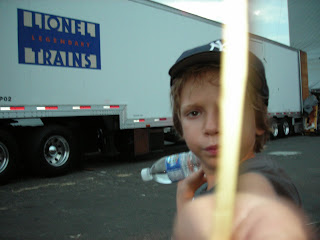 I took Jackson to Farm Aid… we saw the Allmans, Derek Trucks Band, Warren Haynes, Neil Young and a bunch more. Had backstage passes. I was looking for but didn’t find Kirk. Jackson was a real trooper, hanging in there thru Neil (close to 11pm when he finished). He could barely keep his eyes open but when I suggested we start to make our way toward the exit in the middle of Neil’s set he declared in a steadfast tone “I’m not leaving until Neil Young finishes his performance.” It was a bit rough on him on a school night but well worth it. Here’s a couple pictures, one of Jackson standing next to Neil’s truck.