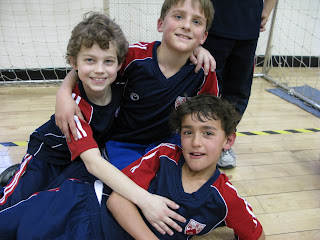 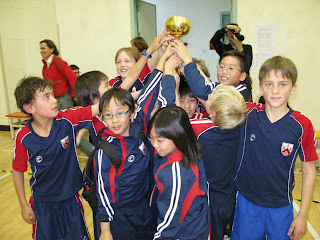 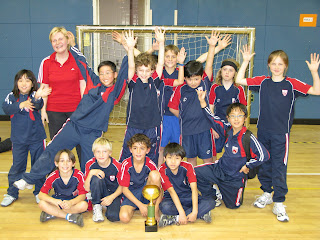 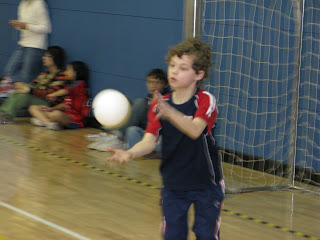 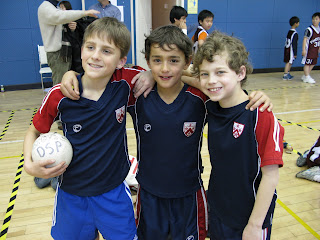 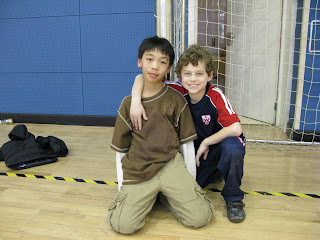 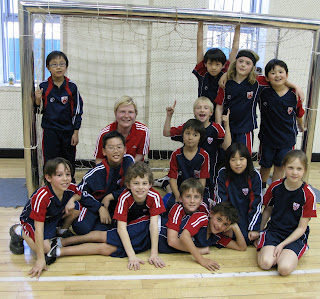 There are these great tournaments once a month or so called ISAC — International School Athletic competitions. They have them in virtually every sport and for every age. This year Jacob has competed in cross country, soccer and handball, which was last Saturday at the Canadian School. He loves representing Dulwich and there is a core of boys who seem to be on every team.

Handball is an awesome game. Apparently, it is is very popular in Germany and Scandinavia. It is an Olympics sport. I’m not sure why it hasn’t caught on in America. It is really fast moving and fun to watch and, apparently, play. It combines some of the best elements of soccer, basketball and dodgeball. The ball looks like a mini soccer ball. You advance by dribbling (very difficult) or passing; you can only take one step. As in basketball, ball movement, crisp passing and aggressive D are rewarded.

They stormed through the tournament undefeated, crushing the German School, who beat them last year. That was a grudge match. They stormed to the Finals, where they lost to Western Academy of Beijing, which is just down the road. we knew most or all of the kids on that team. It was basically the elite travel soccer team from our weekend league.

Afterwards, they have a big awards presentation and the kids thrilled to get a huge trophy — second out of 10 or 12 schools is not bad, and they knew it. Best for Jacob, he and his boys Lucas and Max (pictured here) were the stars. Jacob played goalie mostly and the other two scored all the goals.

I am going to start a campaign to introduce handball to American schools. It’s a great sport and you don’t need a lot of equipment (a ball and two goals and some tape to mark off a field on bball court). Get ready to sign a petition.

Snow New column is up
Scroll to top