We are on the road, baby.You can now safely call Woodie Alan a touring band. We are doing six or seven shows in a week. Right now we are in Xiamen in South China, right across the straits from Taiwan, for a Beach Festival. They flew us down here and are putting us up in a four star hotel. Jacob is with me and Dave Loevinger has his family and we are having fun.

The whole band flew down together, along with another group from Beijing. We also added two more guys, with Woodie and the guys backing them… so for seven people the organizers get three bands. We checked out the Festival grounds yesterday and they look great..a huge stage right on the beach. We play there tonight. Last night, Woodie and the guys played a couple of songs with another group as part of the Opening Ceremony.

W.A. played a club gig at The 70’s Bar and Restaurant. it wa actually a really nice club. More on that later.

After this escapade, we are off to Changsha, Hunan for three gigs at the opening of a big club. They wanted to make a splash so searched online for the Best Band in Beijing. 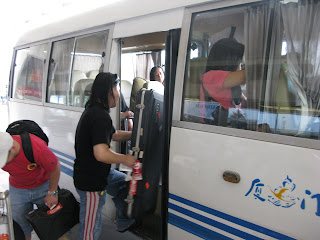 It felt so cool to have a bus and promoter waiting for
us at the airport. I’m not too proud to admit that. 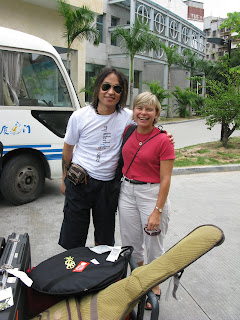 Woodie and Katherine Loevinger load in. 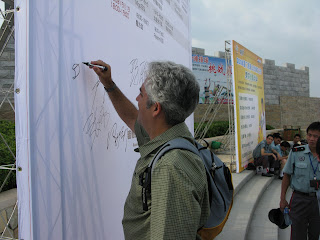 Dave signs the wall….they asked all performers to
sign this big wall near the entrance. 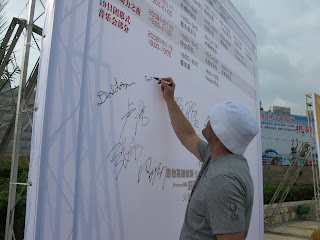 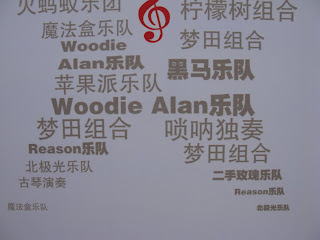