We headlined the Xiamen Beach Festival tonight and played on a huge stage in front of thousands of people. There was a full moon overhead; the Taiwan Straits and a crashing surf behind us; lanterns filling the air, fueled by candles — mini hot air balloons to celebrate the mid-autumn Festival.

We got up there, we had a rough start – I had some feedback problems on my guitar and we had a little bit of false start on our first song. We teetered for a second, I was blinded by a huge bank of spotlights and my throat felt constricted. I felt very alone… on that huge stage, I was steps ahead of everyone else and felt naked and exposed. But I kept my cool, fixed my feedback problem, we locked in… and we kicked ass.

We played about a 50 minute set.. eight songs. They had a camera crew of four pros there and we are supposed to get a DVD of this tomorrow. If so, I will get some of it up on Youtube as quickly as possible. I hope it sounds as good as it felt.

On our way out, Dave and I stopped to take pictures with dozens of people. Our kids – who were in the front row waving glow sticks – were really happy and proud, too. Jacob came up to the lip of the stage ad he took all of these pictures. I think he did a great job.

I am really proud of us as a band for pulling this off. 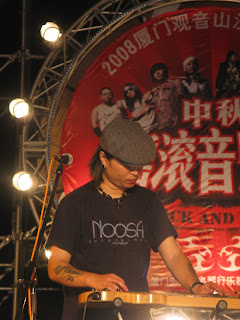 Check out the photos on the poster
behind the stage. Woodie under Woodie. 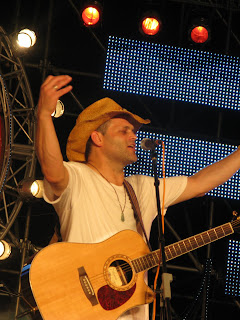 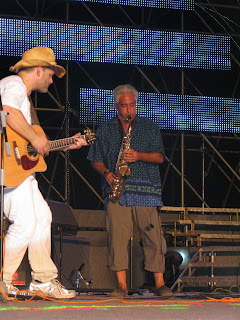 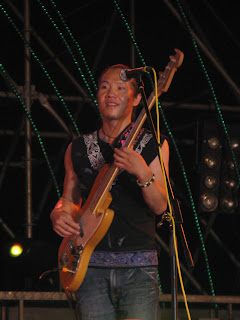 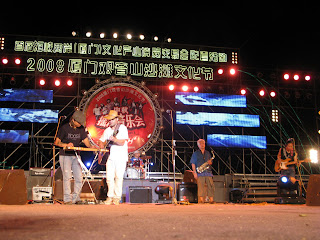 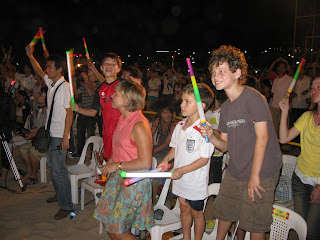 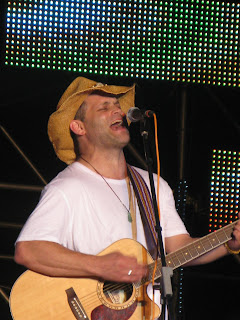 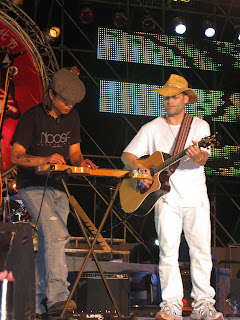