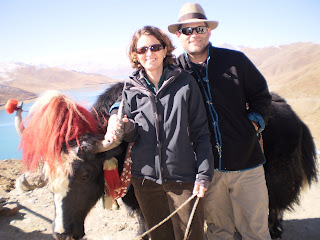 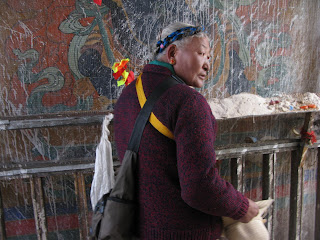 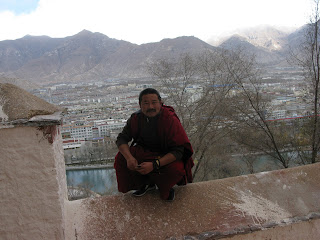 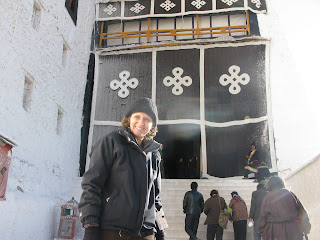 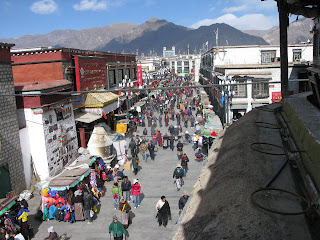 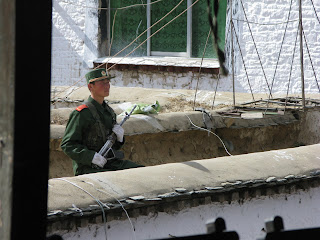 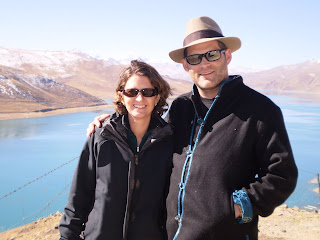 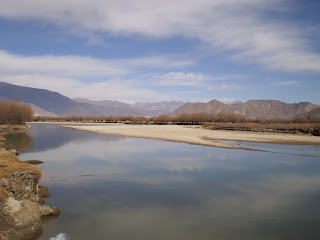 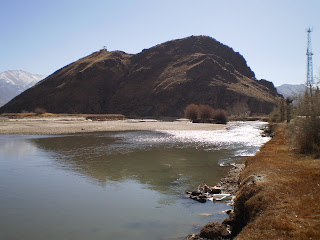 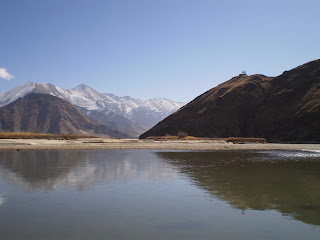 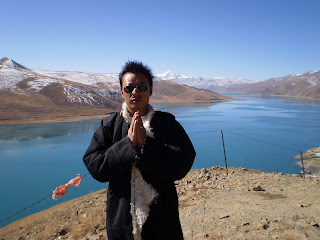 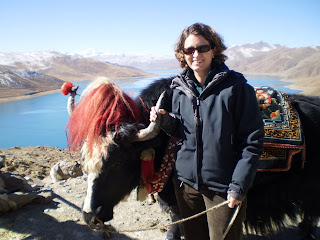 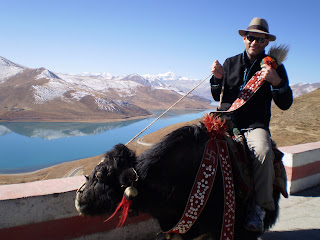 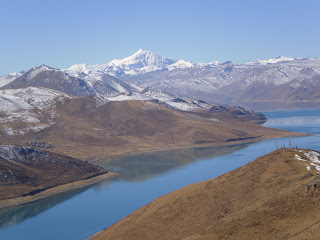 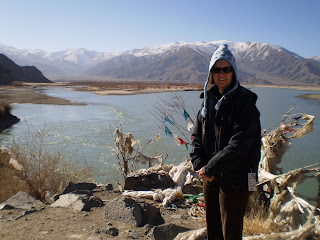 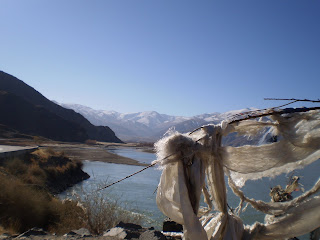 What a great coda to our time in China. Tibet was really fabulous. It is a mythical place and yet it did not disappoint. Not to bad to look at, huh?

These pictures were taken in a few different places. The ones with the yeks and the blues, blue water in the lake were a couple of hours outside of Lhasa. The yaks were at the top of a pass, which was about 15,000 feet high. The lake was down the other side a bit. It is a holy lake, and very beautiful ne. The snow mountain on the other side is about 22,000 feet high.

As I said in an earlier post, one cool thing about being there now is all the rural pilgrims in the city.. They just had the most incredible faces! The similarities in both looks and some styles (silver and turquoise jewelry being the most noticeable example) to native Americans is really quite stunning. I’m not sure if anyone has done DNA testing but I would really like to know if there is a genetic connection. Sometimes you really feel like you are looking at American Indians.

Anyhow, many of the most incredible looking people were from the country side and they are still wearing their traditional dress. Our guide would point people out and tell us exactly where they were from. He could tell by their hair ornaments, their jewelery, their hats, the colors of their aprons. Ad he was always right. That fascinated me. Really, just looking at them was my favorite part of the trip and it would be a tremendous loss to not see them.

There is a definite military and police presence in the Bokhur Market, with Chinese army troops stationed on a couple of rooftops and occasionally marching through in formation, little groups of four or five shoulders armed with machine guns. Other than during the Olympics, I have ever seen armed soldiers in Beijing, and apparently they were not here before the March riots. If you looked carefully, you could see soldiers on some rooftops as well.

On Beijing Lu, where the worst rioting happened, you can still see some damaged buildings and there were more Chinese soldiers there, on some corners, standing at attention with riot shields. It is a tricky situation and everyone needs to compromise but people calling for Free Tibet seem hopelessly naïve to me. Great powers do not willingly give up huge chunks of land. I’ll just leave it there because I don’t want to get into a political rant of any stripe.

Going there it is hard not to feel great sympathy and admiration for the Tibetan people, but also to see a lot of concrete improvements the Chinese have brought there, in terms of infrastructure, poverty alleviation , etc. And I know for a fact that people – Tiebtan people – are being hurt by the economic pain that is partly due to a fall in tourism since the disturbances.