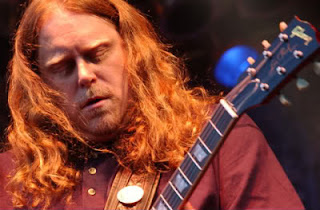 Warren Haynes has probably been my most frequent writing subject. I have interviewed him more times for Guitar World than I could possibly count. The first time was in 1989 when he was a new member of the Allman Brothers Band. I was hired as the Guitar World Managing Editor in 1991 and Warren moved to NYC not long after. I began hanging out around the band, thanks to my burgeoning friendship with road manager Kirk West, and found in Warren a kindred spirit in many ways. He is about six years older than me, so we are peers and we quickly realized that we shared outsized passions for the same broad range of music – blues, jazz, jam, African, and, of course, the Allman Brothers Band.

I have interviewed Warren about his work with the Allmans, his power trio Gov’t Mule, Phil and Friends, the Dead. We’ve shared meals and songs. I’ve been to his house, and on his bus and backstage. I was invited to his wedding but was sadly out of the country. All of this is a long windup to say that I took tremendous pleasure in playing his song “Soulshine” in China. It’s an anthem here and it was an anthem there, a ballad about good vibes and inner strength that crossed cultures and retained its power. I describe the incredible feeling of playing this song that meant so much to me in one of my favorite scenes in Big in China, when we played it in Changsha, Hunan at the Coco Club’s “private club for successful people.”

Now Warren has a new solo album about to be released. It’s called Man in Motion and it is a soul-infused recording released on the reborn Stax label – the kind of cool touch that I have alway admired about him. It’s being called a big departure, but I think that anyone who loves Warren’s music will love this and not be put off at all. It’s music filled with great grooves, passionate singing and stinging guitar work; it sounds like Warren, just in a slightly different context and with a limber, New Orleans-based band, including the mighty bassist George Porter Jr. and keyboardist/singer Ivan Neville. Singer Ruthie Foster also comes in to throw some sparks off of Warren.

I interviewed Warren last month at the Guitar World offices – and it was a relief and pleasure after a month spent so wrapped up in my own world, promoting my book, to get back to telling someone else’s story. The feature, including an extensive sidebar about his guitars, will be out in a few weeks in the July GW. I’m proud of the piece, and very, very proud of what Warren said after reading Big in China:

“It’s hard to imagine a better American musical ambassador than Alan Paul.After a career spent crafting words, he found himself in a situation where words didn’t work anymore and was able to transcend them and make a deeper emotional connection with music. With the help of great local musicians, he bridged cultures with notes. It’s an amazing story.” 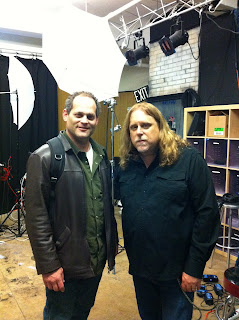