Lou reed and Metallica have recorded an album together called Lulu. All available info is on their new site, loureedmetallica.com.

This is some of the info on the site:

“Lulu” was inspired by German expressionist writer Frank Wededkind’s plays “Earth Spirit” and “Pandora’s Box,” which tell a story of a young abused dancer’s life and relationships and are now collectively known as the “Lulu Plays.” Since their publication in the early 1900’s, the plays have been the inspiration for a silent film (“Pandora’s Box,” 1929), an opera, and countless other creative endeavors. Originally the lyrics and musical landscape were sketched out by Lou for a theatrical production in Berlin, but after coming together with the ‘Tallica boys for the Rock and Roll Hall of Fame concerts in New York in 2009 all guilty parties knew they wanted to make more music together.

having interviewed all of the involved parties, I can safely say that this should be interesting. 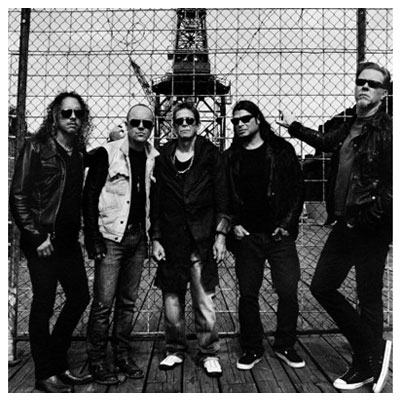 From the archives: The Doors’ Robby Krieger. A complete album by album... An appreciation of Rick Telander’s Heaven is a Playground and how it relates...
Scroll to top