Rebecca cringed, but still I promote. This is a classic “hometown girls does good” story in yesterday’s Bay City Times. She just has to get more used to some public acclaim. I am going to work with her on getting a better headshot, though. I don’t think that one does her justice. To that end, I am posting my own photo. 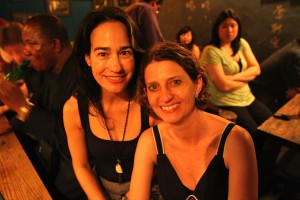 In news that will seem related to no one but me… My friend Jim Yardley has a great piece about Chinese hoops on Grantland. It is the start of his promo efforts for Brave Dragons: A Chinese Basketball Team, An American Coach and Two Cultures Clashing, his book which will be released in February. Much more on that to come, eventually.

Big in China Excerpts More jams with Mark Karan – “That’s What Love Will Make You...
Scroll to top