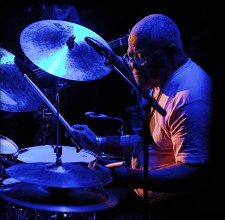 I spoke with Allman Bros drummer Jaimoe about his great solo album and his band’s gig tonight in NYC for the WSJ Speakeasy blog. This was really a pleasure because I really enjoyed  the album, Renaissance Man, far more than I anticipated.

I don’t know why I was so surprised that the debut release by Jaimoe’s Jasssz Band is so good, but it blew away my expectations. Jaimoe is, of course, one of the founding members of the Allman Brothers Band, essentially the ‘second drummer” along with Butch Trucks. Anyone who’s paid attention to the ABB knows how meaningful his contributions have been And that is particularly clear to those of us who have been lucky enough to watch a decent number of shows from the sides of stages.

Still, drummers as bandleaders don’t always fly, but Renaissance Man is a really fun, swinging collection of tunes, centered around singer/guitarist Junior Mack, who is really a revelation. More on that in this Guitar World interview. 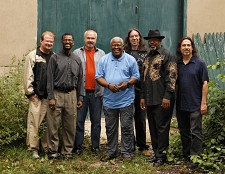