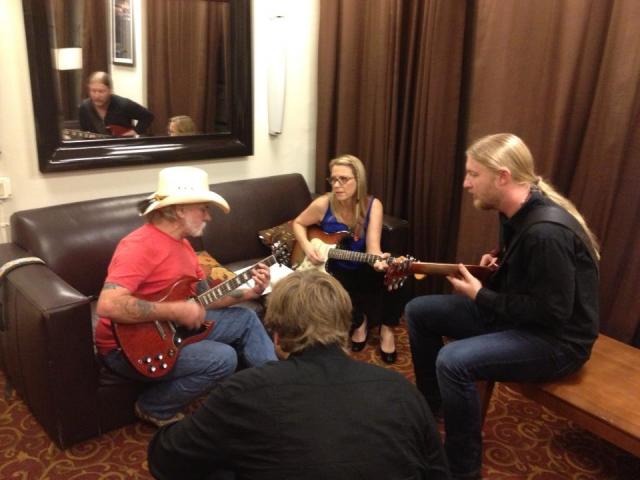 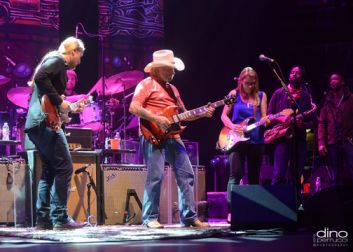 Dickey Betts joined Derek Trucks and the Tedeschi Trucks Band onstage at the Beacon Theatre Saturday night, September 21 for three songs: “Blue Sky,” “In Memory of Elizabeth Reed,” and “The Sky Is Crying.” Dickey’s son and bandmate Duane was also on stage for the latter. I knew this was coming and would have very much loved to be there but alas it happened on the night of my son’s bar mitzvah – and even I’m not that crazy.

As the chronicler of all things Allmans, I’ve already been asked by many what I think and what this all means. I think it’s great and I have no idea what it means, nor does anyone else. The only thing it means for sure is that Dickey Betts once again played some of his most beloved tunes on stage to a packed and appreciative Beacon crowd with Derek Trucks. That’s pretty cool in and of itself. I was not shocked by this, because Derek has always told me and he says in One Way Out: The Inside History of the Allman Brothers Band that Dickey was always very kind to him, and you can see the videos of Derek jamming with the ABB when he was 13 and Dickey being very solicitous and calling him a “bad little scooter.”

How was the music? Judge for yourself – videos below. “Blue Sky” sounds the best to me, but use your own eyes and ears.

“In Memory of Elizabeth Reed”:

“The Sky Is Crying” (with Duane Betts also):

Sound Opinions and other interview highlights

The story behind “Some Kind of Wonderful”
Scroll to top