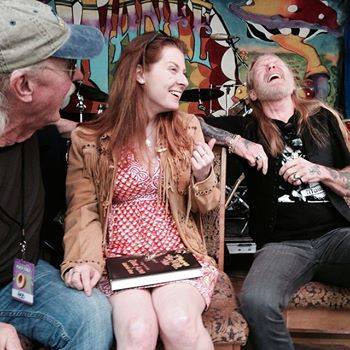 Butch, Galadrielle and Gregg at Wanee.

I’m getting a lot of emails and other inquiries about whether or not the Allman Brothers will really stop touring after this year.

Articles like this one in Ultimate Classic Rock spur the issue along.

Of course, that article was based around Gregg telling an interviewer for Radio magazine that it was just a “rumor” that the band would stop after this year. Never mind that the rumor came from what Gregg himself told Relix magazine. He repeated the “rumor” statement at Wanee during his appearance with his niece Galadrielle, pictured to the left and captured in the clip at the bottom of this page.

Gregg was feeling good and was as animated as I’ve seen him. Of course, an hour or two later he broke his left wrist in a golf cart accident… all of which just goes to show: who knows what will happen. We’re just going to have to left the next few months play out. 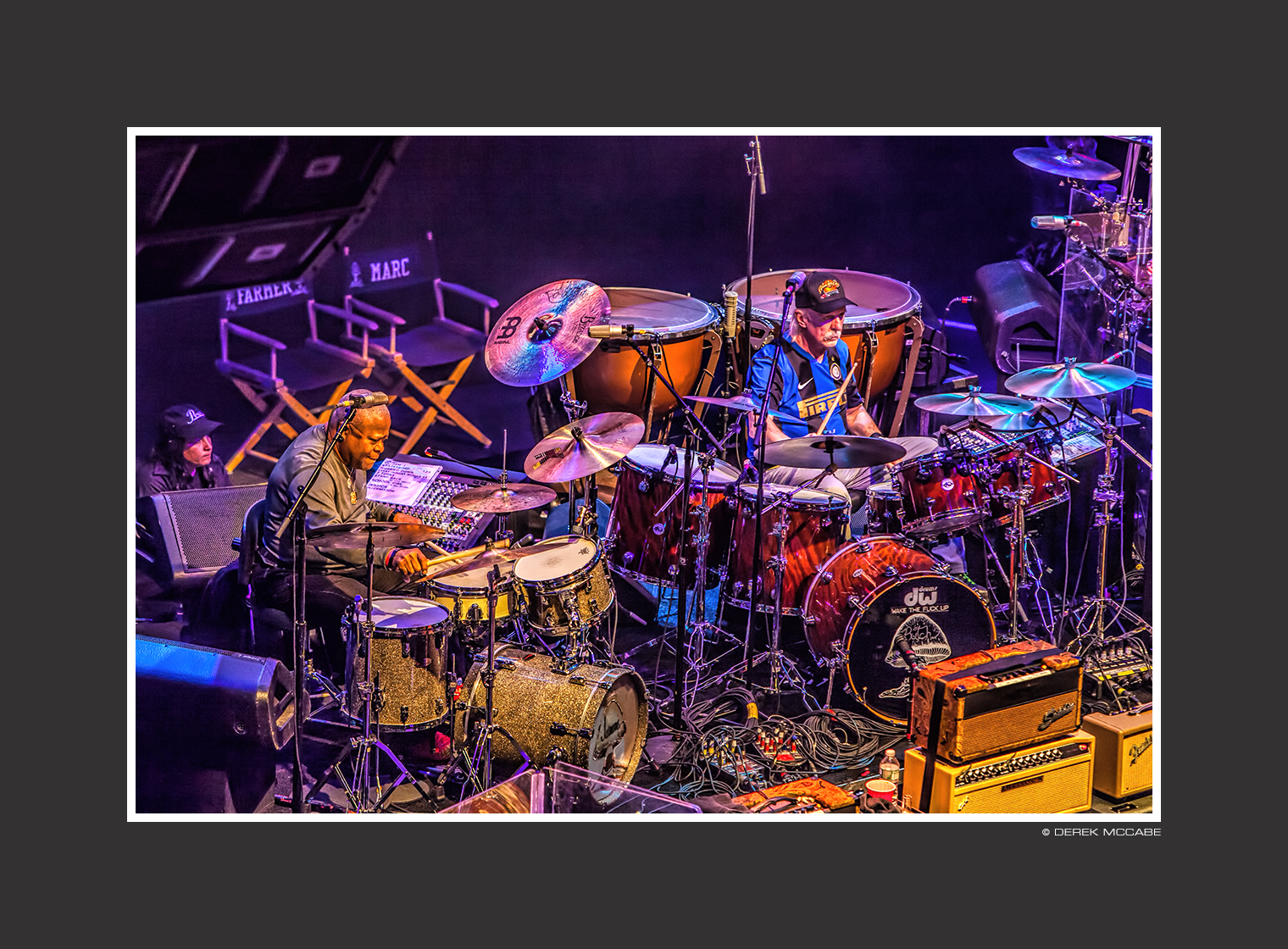 Butch and Jaimoe at the Beacon, 2014. Photo by Derek McCabe.

I thought that Butch and Jaimoe played better and better at the Beacon shows, and were absolutely in sync and on fire over the last weekend, during the two Gregg-less shows. So I understand them not wanting to walk away and why it would be so difficult to do so; who amongst us would want to give up a partnership that works so well and pays so well? But if the three guys who will make the decision – Butch, Jaimoe and Gregg – opt to push on without Derek or Warren, it’s not clear how they would do so.

My standard answer to the question is that while I am certain that there is no plan in place, everything I have learned through 25 years of watching and covering this band and writing One Way Out: The Inside History of the Allman Brothers Band tells me that it would be a mistake to ever rule the band out or assume they are over. They have come back too many times after being presumed over. We’ll all just have to wait and see what happens. For now, I’m just looking forward to Mountain Jam and hoping that the show comes off as planned.

Warren Haynes on why he is leaving the Allman Brothers after this year.

Derek Trucks on why he is leaving the Allman Brothers after this year.

Gregg Allman and Jackson Browne – “Melissa” and a great version...

A very different take on “Little Martha”
Scroll to top