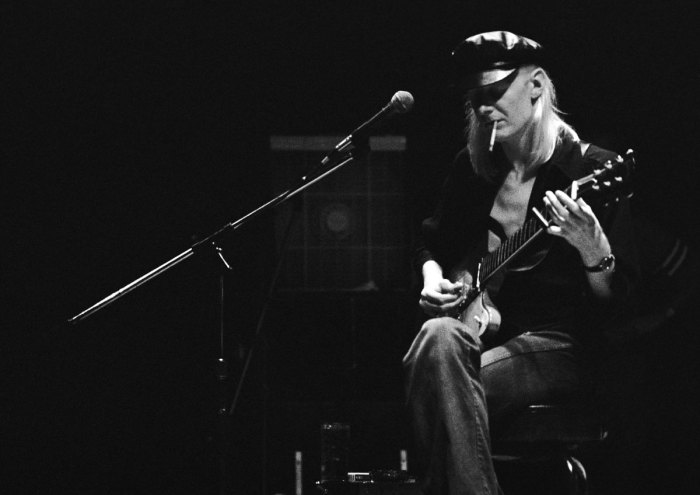 A couple of years ago, my good friend and Guitar World colleague Andy Aledort wrote this great, harrowing piece for GW that includes some details about the albino guitarist’s 1994 brush with death. Andy knew Johnny really well, musically and personally and really goes deep in this story, which is highly recommended.

But I think that one aspect of Winter’s career that was actually a bit underplayed in all the obituaries I read and heard was his fabulous work resurrecting Muddy Waters’ career. Johnny played on and produced Muddy’s last four albums, starting with the great Hard Again. The title came about because during the sessions, Muddy apparently said something like, “This is so much fun it’s making my pee pee hard again.”

Muddy earned three Grammies for those four albums and they were the financial and commeercial highlights of his career. Johnny Winter allowed an American icon to go out on top, a feat that should not be forgotten or underestimated. “I wanted to get him to sound the way he did in Mississippi,” Winter told the Wall Street Journal writer Marc Myers in a recent story.

The photos here are by my pal Kirk West (who was also the photo editor and chief photographer for One Way Out.) 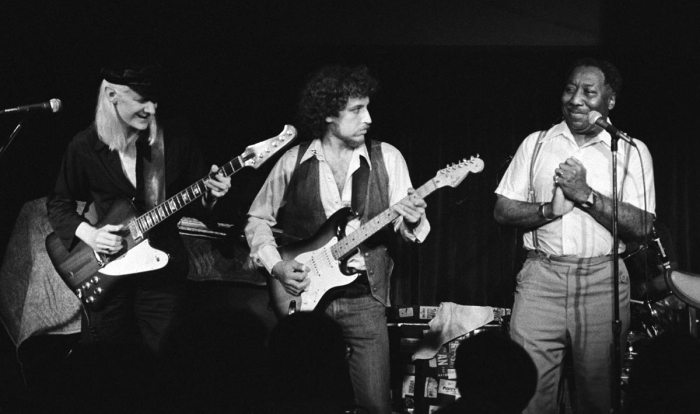 Promo video for One Way Out

Jaimoe and Junior Mack – an interview
Scroll to top