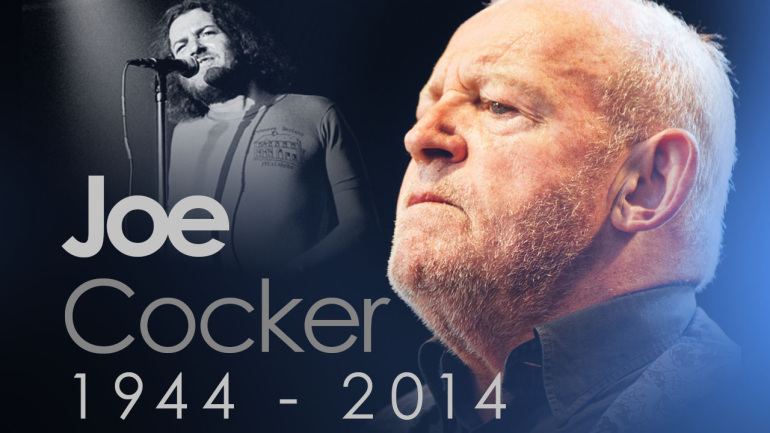 Joe came in that day, and the two of us sat at the piano, with his music stand to my left, him belting away in my ear… At the end I asked Joe “hey what about a James Taylor song, like “Don’t Let me Be Lonely Tonight?”
Joe wore glasses sometimes when he was reading lyrics and I always made fun of them ’cause they’d slip down his nose when he sweat. “Well I don’t know about all that CJ…and besides I don’t know the lyrics.”

So I pulled out the lyrics I had secretly prepared, in the nice 24 point Helvetica that Joe preferred, and said “well now you don’t have any excuses. Let’s try this, it’s just the two of us here.” I got up a nylon guitar sound on my keyboard, had already figured out Joe’s key (I knew his voice like the back of my hand at this point). We started up, he got as far as “do me wrong….do me right….,” and I STOPPED.

“Get the hell out in the vocal booth NOW, MAN!” Joe sounded fucking amazing. Goosebumps were crawling up my spine. I had the mic warmed up and his favorite setting all dialed in on my Universal 6176 with his favorite ‘verb.

I hit record in Logic and did an intro, then counted him in…he always waited for me to count him in…and there he was with the goofy glasses drooping down his nose. “Do me wrong…do me right….tell me lies….but hold me tight…..”
There was magic in the room. We kept playing together, as we had done hundreds and hundreds of times together. Joe was absolutely TESTIFYING. Killing it. As only Joe could. We got to the middle and I decided to throw in an instrumental part. I held up my left hand to him, saying “hang on” while I played a “scratch” solo on the nylon patch. At the end of my “solo,” I mouthed the word “B-R-I-D-G-E!” and counted three-four with my hand.

Joe came in again, we dove back into the song, until the end, when I stopped him again for a little interlude. Then I nodded “go ahead,” and he finished the song off. No click, no band, no engineer, no big studio, no arrangement, just the two of us making music together. I was now completely teared up. I knew something amazing had just happened.
I hit the talkback and said “c’mon in Joe…”

As I waited for him I hit COMMAND “S” to save the magic that had just occurred. When I turned around, there was Joe, with the goofy glasses, covered in sweat. “Well I don’t quite know that one yet CJ….”
Fuck OFF Joe!!! That was MAGIC! I grabbed him and hugged his sweaty body. Then I grabbed him by both shoulders and said “You don’t even know what you just did my man.” We played it back and Joe agreed…we had captured a special take.

The problem was that now I had a track with no click and a keyboard guitar. I decided to figure out the logistics of this later. I overdubbed a bass part, a steel string guitar on the left side, and then an organ part. It sounded like a finished record. Everyone that heard this flipped. Such a brilliant, boiled down, distilled, in the moment performance by both of us. Two buddies making music alone.

Then we tried to go into the big studio and re-create it. I called THE cats to play on it. THE cats. Nobody better. We dicked around for a few hours, and everyone sounded amazing, but it was obvious: we were re-making a record that was already DONE. Joe and I talked in the vocal booth and agreed.

It was a difficult choice to put this “DEMO” on the record for some people, but not for me, and not for Joe. This was a beautiful moment. Just Joe and me doing our thing. Nothing more, nothing less.

The entire process had taken less than an hour; from proposing the song to doing a rough mix (which is what ended up on the record).

I can’t listen to this song now without breaking down inside. I knew we had a special moment together, but little did I know how special.

Here is a link to the song with a cheesy video that I have no connection to. If you don’t get choked up at the end, you’re not human. Joe was a beautiful, humble giant and reluctant genius and I miss him dearly. Thankfully the music will live on.

Wild Great Wall hike with my Dad was a memorable one Reckoning: Conversations With the Grateful Dead
Scroll to top