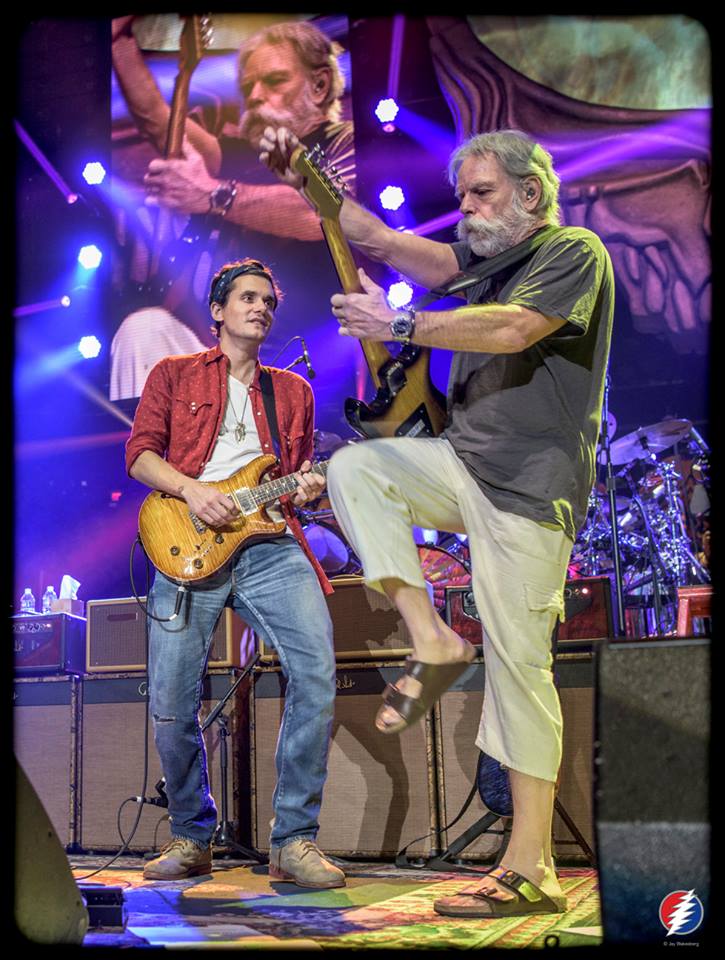 Hey, you, check out my Ebook, Reckoning: Conversations with the Grateful Dead.

Some thoughts on Dead & Co. at the Garden.

The wheel keeps turning and they keep trying. Four months after we marked the end of the Core Four Grateful Dead appearances together with triumphant fireworks over Chicago’s soldier Filed, here we were in a sold-out madison Square Garden. While Weir, Kreutzmann and Hart kept Jeff Chimenti and signed up John Mayer and our old friend Oteil Burbridge for anew venture called Dead & Co., Phil Lesh continued to pump away with his Phil & Friends. They were playing at the Capitol Theater 30 Miles north in Portchester, just weeks after Phil announced he was undergoing treatment for bladder cancer.

Think about the above for a minute because it’s really quite amazing. And I don’t think fans at either venue left disappointed.

Dead & Co is really a pretty fascinating venture and I thought it succeeded with flying colors. Oteil and Mayer are bringing a new energy and a slightly different direction to the music. Mayer has his own style and, while he’s clearly embraced and ingested the music of the Dead, he is not shying away form sounding like himself. I think that’s a good thing. There are enough Dead tribute bands out there and we don’t need another one anchored by the real deal. The tunes themselves are so sturdy that they invite reinterpretation and any sincere effort can work. And Weir seemed to be really enjoying the energy radiating out from his right flank. I thought he sang and played at a very high level, and you could really hear his guitar,

Mayer’s guitar alpha and omegas are, I think, Clapton and SRV and that works beautifully for me, though I’m sure some Heads feel otherwise. He helped make “Cold, Rain and Snow” like Backless-era Clapton. In a good way. Oteil dug into the songs and provided stone cool grooves, helping steer jams and nailing complicated passages on songs like “Slipknot” and “The Other One.” It was especially fun to hear him go to town on loping tunes like “Tennessee Jed” and “He’s Gone” where the groove is distinctive but elastic. He and Mayer bought the bad tremendous energy, Chimenti filled in so many holes, often working in tandem with Oteil to play and high and low around the main melody and guitars.

Oteil even joined Billy and Mickey for drums, as he often did with the Allman Brothers. It was great to see him so happy and so engaged. And to hear the music be so strong. I’m looking forward to seeing where this all heads. Seems to me, it’s got some serious legs. 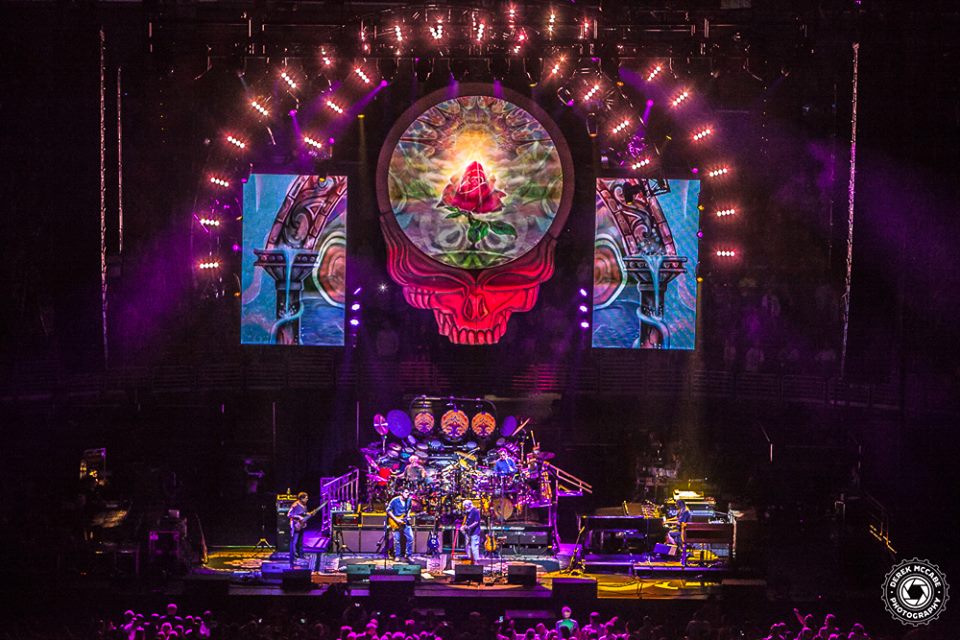 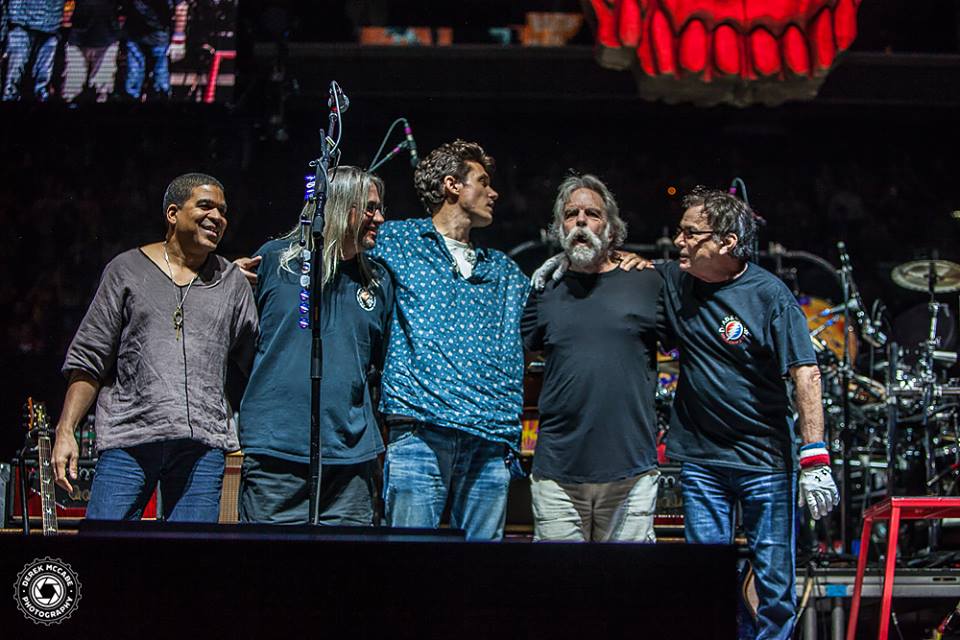 Shakedown Street
I Need a Miracle
Cold Rain and Snow
Tennessee Jed
They Love Each Other
Jack Straw
Set 2:
Help on the Way
Slipknot!
Franklin’s Tower
He’s Gone
St. Stephen
Drums> Space
The Other One
Stella Blue
Not Fade Away
Encore:
Brokedown Palace