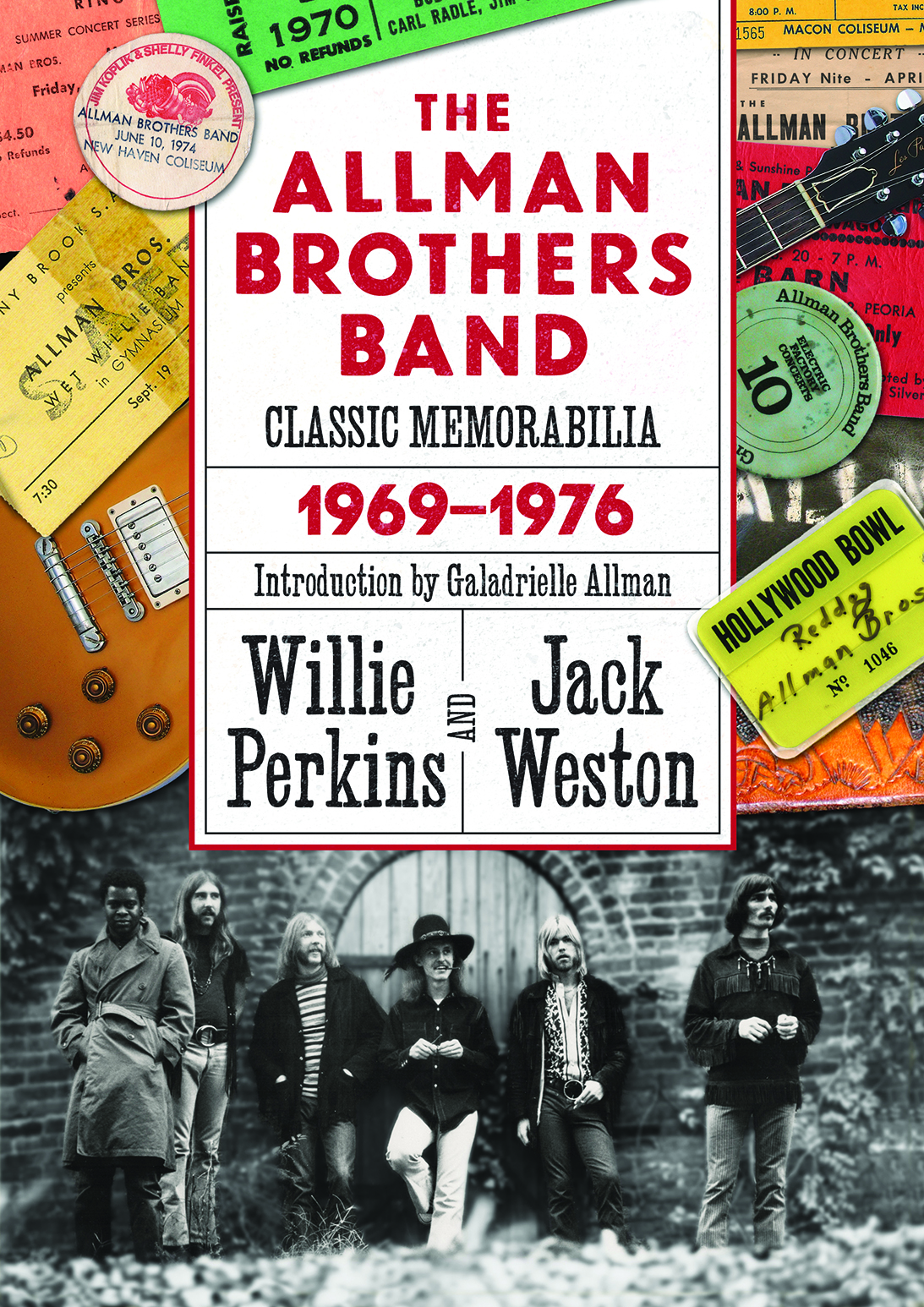 I’ve been really enjoying a new book, The Allman Brothers Band Classic Memorabilia, 1969-76. The topic is pretty much right in the title.

I caught up with Willie and Jack for the following interview. 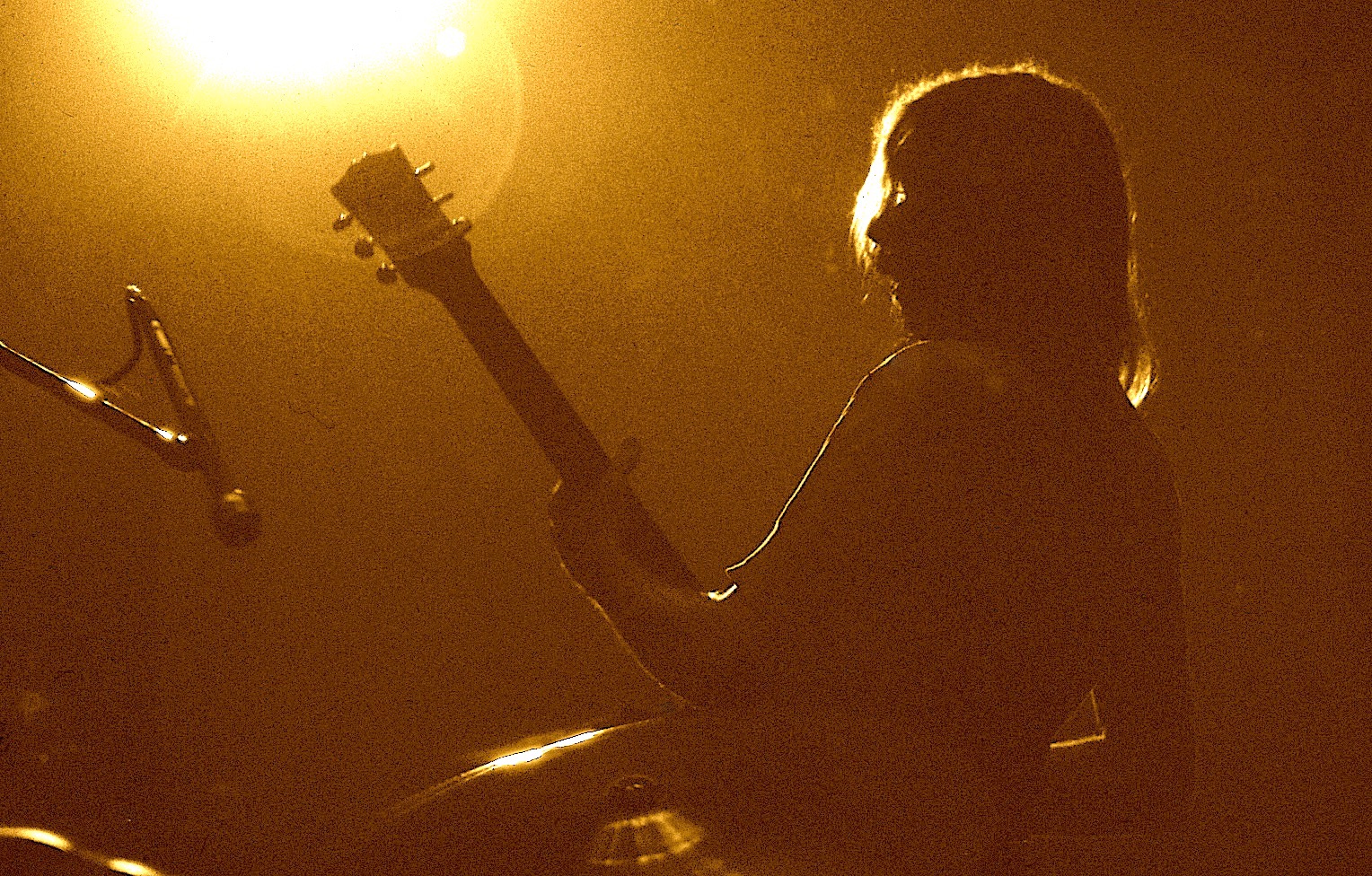 Willie – you were in the middle of a hurricane and at the center of what many consider the best rock band ever. How aware were you of all that at the time, and how much were you just hanging in on for dear life every day?

PERKINS: A lot of hanging on! Linda Oakley told me recently that the band guys had me so flipped out my eyes were spinning around in their sockets like a cartoon character. We were so busy getting it done that there was little time for reflection as I note in the book. I remember early on saying: “This is the best band in America, only America doesn’t know it yet.” That was somewhat prophetic.

You kept a lot of documents and files, so you must have had some sense that this stuff would have historical significance. Do you remember when it started to occur to you that things like tour ledgers and guitar cases would be of interest to people?

PERKINS: Probably around the time of Duane’s passing. We certainly knew those guitars had to be secured that weekend before they “wandered” off. I don’t think anyone began collecting for monetary gain. I know that I wanted to preserve from a historical perspective any important documents I had possession of. By the late 1990’s I realized business checks signed by Duane definitely had collector appeal and monetary value. I receive almost weekly social media inquiries regarding dates and sequences of shows performed and am so glad I held on to copies of the monthly personal appearance financial reports. That info is priceless to me and I have the most comprehensive records for 1971 – 1976.

Jack, when did you start collecting ABB memorabilia?

Is there one section or even item in the book that you would like to call special attention to? What are you most proud about?

PERKINS: I am so glad we led off the book with “instruments and musical equipment” because the band was certainly all about the music. I am pleased with the high definition and clarity of the images. Also, Jack and I gave the book design concept to the team Burt & Burt and they delivered exactly what I had in mind and our publishers Mercer University Press gave us virtually everything we asked for and didn’t edit a single word or image. The colors and concept just pops right off the page.

WESTON: It would have to be Dickey Betts’ 1968 Fender Bassman amplifier, one of the first two purchased by the band in early 1969. It was at first used by Duane Allman, Dickey Betts and Berry Oakley.  Then it became Dickey Betts’ stage amp. The band’s first road manager Twiggs Lyndon wrote “ Allman Bros” and “Dick” on the back panel of the amp in white marker pen. The Lipham Music Co invoice for this amp’s purchase is also pictured in this chapter showing the amp’s serial number. I learned a great deal after having this amplifier restored to working condition.  When I first acquired the amp the two output tubes in it were modern Groove Tubes. These were replaced with a set of original matched 1960’s Fender brand 6L6’s. My friend Skip Simmons of Sacramento, California did a historical restoration of the amp’s electronics. Only the power supply capacitors needed replacement.  All the other active electronics in the amp are vintage original.

There are a lot of great and beloved bands but none have their own museum like The Big House.  What do you attribute this to?

PERKINS: I give 100% credit to the idea of restoring and conserving the Big House to Kirk and Kirsten West. There have been many financial and creative contributions made by countless others, but they had the foresight and love to get the ball rolling. The band inspired a lot of love from a lot of people with the soul, passion and originality of their music. The museum is manned by a great staff and volunteers as well. Nothing like it for any band before or since!

WESTON: The history of The Allman Brothers Band spans over 50 years.  As a result The Allman Brothers Band has a very large and loyal fan base, which encompasses virtually all age groups.  From the time the band played free concerts at Piedmont Park in Atlanta until its final concert at The Beacon Theater in 2014 it has always been regarded as “The People’s Band. I can’t recall many other band’s having this unique type of fan base other than The Grateful Dead. As you know, The Big House Museum was once the home of the band  in the early years. It is not just a museum.  It is a home.  This unique combination is why The Big House has so many fans coming back year after year to share in the music, culture, and legacy of their favorite band.

What about the Allman Brothers inspires so much passion?

WESTON: To me the passion stems from “The Brotherhood,” which was established early on between the founding band members, their families, and the band’s original road crew. In the beginning it was a strong cohesive brotherhood that still exists today amongst the band’s contingent of loyal fans.  This passion was inspired early on by founding member Duane Allman making the musical journey revolutionary as well as evolutionary.

Willie, a lot of your tour documents are now in the Big House Archives and were incredibly helpful for me in researching One Way Out. So thanks for that.

PERKINS: I am glad so many of my financial records and other items of interest made it to the Big House Museum and they will be preserved for current and future fans and historians. I am glad Jack’s and my book will do the same in the printed word and image medium as well.