Warren Haynes and Gov’t Mule will play seven September dates with ZZ Top. Both before and after those dates, the band will be on the road with Blackberry Smoke.

The Mule’s archival album The Tel-Star Sessions, due out August 5, includes a cover of ZZ Top’s “Just Got Paid.” The album includes some of the band’s very first demos made in June 1994 at the Tel-Star Studios in Bradenton, FL. More info and here the track here.

Pre-sale tickets for the tour run will be available May 18 at noon, meanwhile the general on-sale will begin May 20 at 10 AM local time. All ticketing information is available here. 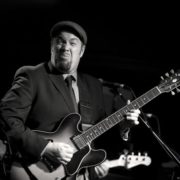 One Way Out: An Oral History of the Allman Brothers Band
0 replies