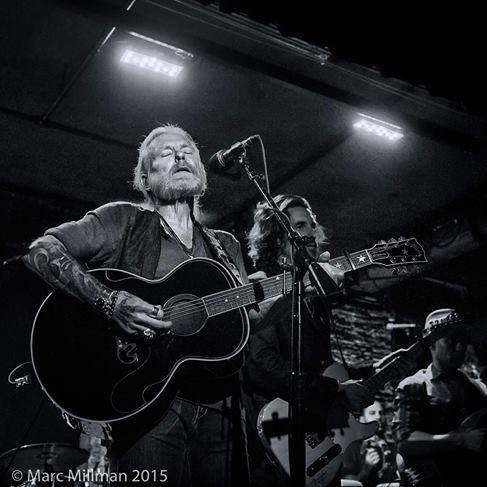 Last night at Red Rocks Gregg Allman returned tot he stage for the first time since cancelling a number of shows after being hospitalized with pneumonia. He played an abbreviated acoustic set with guitarist Scott Sharrard. It was part of Gregg’s Laid back Festival, which also included performances by  ZZ Top, Richie Furay Band, Jaimoe’s Jasssz Band and others.

Gregg  played “Whipping Post,” “Midnight Rider,” “Melissa,” “One Way Out,” Muddy Waters’ “I Love The Life I Live, I Live The Life I Love,”and “These Days.” Gregg’s next scheduled shows are at the Atlanta  Laid Back Festival on October 29 and a November residency at City Winery in New York City. I’ll be at a bunch of those.

How did Gregg sound? Judge for yourself. Years ago, I tried to push an acoustic tour with just Gregg and Warren. I love him in this setting.Thanks to Jeremiah Rogers, whom I do not know, for capturing these videos.