I was in New Orleans during Jazz Fest when Warren Haynes and bassist Don Was hosted an all-star tribute in honor of The Last Waltz’s 40th anniversary. It was a great night at the Saenger Theater.  Now, in honor of the album’s 40th, the same all-star collection of musicians will take this tribute on the road.

Haynes and Was will be joined by the same group that played in New orleans: John Medeski, Jamey Johnson, Terence Higgins, Michael McDonald, with original horn charts composed by Allen Toussaint will also be used. Expect special guests to be announced because… Warren. I hope Bob Margolin is added, because he kind of stole the show I was at.

“The Last Waltz is one of the greatest rock music moments in history,” Haynes tells Rolling Stone. “When we did it in New Orleans, it was so much fun. We were able to honor what came before and still come up with a different take on the original with a very unique blend of musical personalities.” The show originally took place on November 25th, 1976 in San Francisco, and has come to be recognized as one of the greatest performances of all time. Musicians like Eric Clapton, Bob Dylan, Dr. John, Van Morrison, Ringo Starr and more joined up with The Band for their final performance. 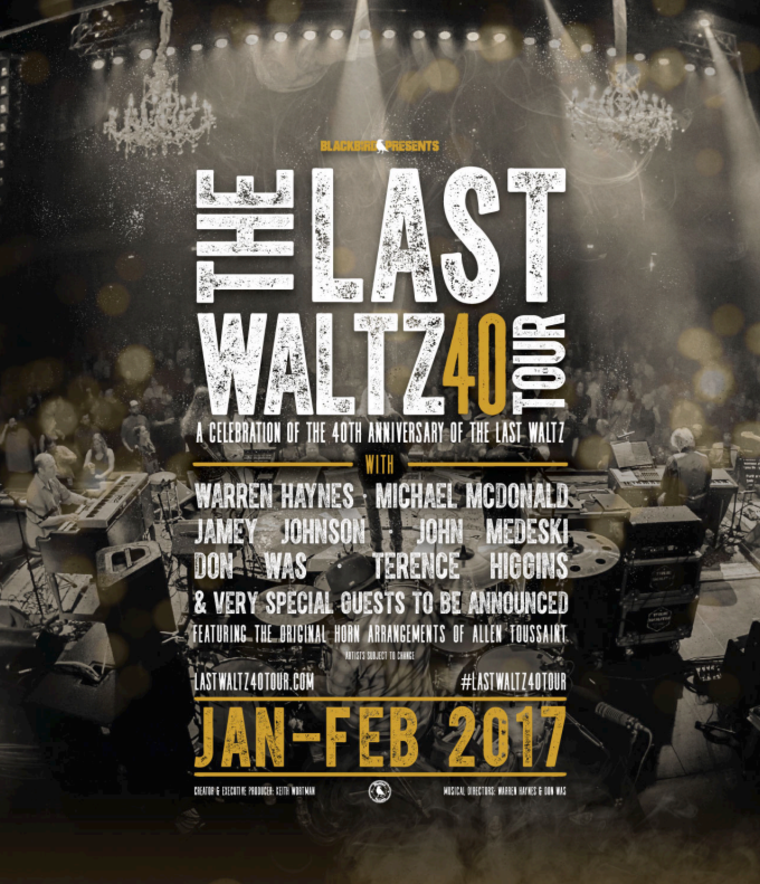 The downside of being an expat: Saying Good Bye

Doyle Bramhall II on his new album
Scroll to top