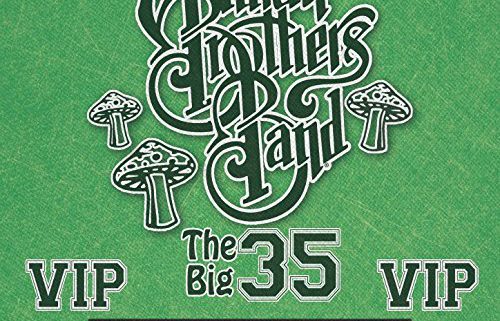 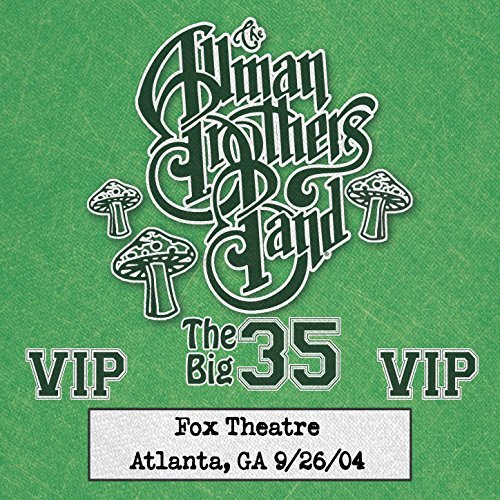 Among us hardcore fans, there have been a few legendary runs in the ALLMAN BROTHERS BAND‘s last stage, which lasted fromWarren Haynes’ return at the Beacon in March, 2001 until their final show at the same place on October 24, 2014. The three-night stand at Atlanta’s Fox Theatre September 24-26, 2004, part of a 35th anniversary tour, has been right up there, and for good reason. The band was in consistently excellent form, touring behind the still -new Hittin’ The Note and its fresh material, they were relaxed and settled into the very lovely Fox, which had a lot of the advantages of the Beacon and probably led a more laidback vibe. And they never slowed their momentum to welcome too many guests, which could sometimes hinder Beacon shows.

All of which is to say: the news that they are releasing all three shows as The Fox Box

is damned good news! The shows were released by the then-nascent “Instant Live” program, contemporaneous recordings sold at shows and internet mail order only afterwards without much packaging or fanfare. All three shows are available digitally right now and can be pre-ordered in an 8-CD set. which will be available April 28, featuring a remastered audio mix as well as tightening up of the song spacing.  If you already have the shows, you may want to consider getting the new version, which I am listening to right now and which sound tremendous. If you don’t have it, you definitely want to get this set.

These three September 2004 shows have a unique feature that I myself had forgotten: of the 53 songs performed, there is only one repeat, “Dreams,” played (three times), and each with a different  guitar soloist: DEREK TRUCKS, WARREN HAYNES and JACK PEARSON. Jack’s version of the song is truly jaw-dropping.

The only other guests include Derek’s bandmate/wife Susan Tedeschi, guitarist Vaylor Trucks (Butch’s son, of course) and keyboardist Rob Baracco (Phil Lesh Quintet/Other Ones).
Looks like they can be order individually  as well, at least digitally via Amazon. Check ’em out:
1. Fox Box: 3 Nights Live at Fox Theatre in Atlanta, Ga (September 24, 2004) 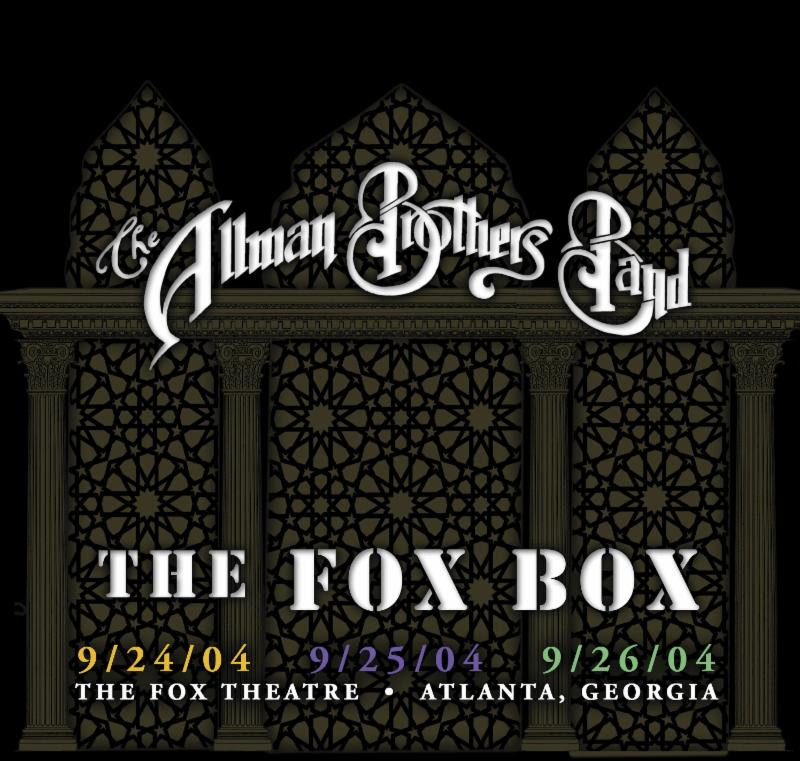 track list:
9/24/04 Disc 1
–Mountain Jam
–Trouble No More
—Midnight Rider
–Wasted Words
–Worried Down With The Blues
–You Don’t Love Me
–Ain’t Wastin’ Time No More
Disc 2
–Rockin’ Horse
–Hot ‘Lanta
–Melissa
–Come And Go Blues
–Can’t Lose What You Ain’t Got
–Why Does Love Got To Be So Bad?
–Franklin’s Tower
Disc 3
–Black Hearted Woman
–Dreams (with Jack Pearson)
–Mountain Jam (reprise) (with Jack Pearson)
–Southbound (with Jack Pearson)
9/25/04 Disc 1
–Les Brers (Intro)
–Don’t Want You No More  / It’s Not My Cross To Bear
–Statesboro Blues
–Stand Back
–Who’s Been Talking
–Soulshine
–Good Clean Fun
–Old Before My Time
–Woman Across The River
–Instrumental Illness
Disc 2
–The Night They Drove Old Dixie Down
–Leave My Blues At Home
–Key To The Highway
–Don’t Think Twice, It’s Alright (with Susan Tedeschi)
–One Way Out (with Valor Trucks)
–Blue Sky
–Dreams
–Les Brers In A Minor
–Layla
9/26/04 Disc 1
–Revival
–Every Hungry Woman
–Done Somebody Wrong
–Hoochie Coochie Man
–Desdemona
–High Cost Of Low Living
–44 Blues
–End Of The Line
Disc 2
–Dreams
–I Walk On Gilded Splinters
–Stormy Monday
–The Same Thing (with Rob Baracco)
–In Memory Of Elizabeth Reed (with Rob Baracco)
Disc 3
–In Memory Of Elizabeth Reed (cont’d, with Rob Baracco)
–Don’t Keep Me Wonderin’
–No One To Run With
–Whippin’ Post