Warren Haynes will lead a tribute to Little Feat’s classic live album Waiting For Columbus on Saturday, May 6th at New Orleans’ historic Saenger Theatre. It is the second year in a row that Haynes has teamed with Blackbird Entertainment for such a show on the second weekend of JazzFest; last year he tipped his hat to The Band’s Last Waltz and Haynes, who will be the musical director, will be joined by a lot of the same people: Don Was, Jamey Johnson, The Radiators’ Dave Malone, John Medeski, Terence Higgins and  and a handful of surprise guests.

“I’m really excited to do this as Waiting for Columbus is one of my favorite records of all time,” Haynes told me this afternoon. He added that he does not anticipate this show going on the road as last year’s tribute to The Band did.

Tickets go on sale March 31, 10:00 A.M. CT via Ticketmaster.com, Ticketmaster locations or by phone at 800-745-3000. Fans can also purchase tickets at the Saenger Theatre Box Office. I made it down last year but it’s not looking so good for me this time around. 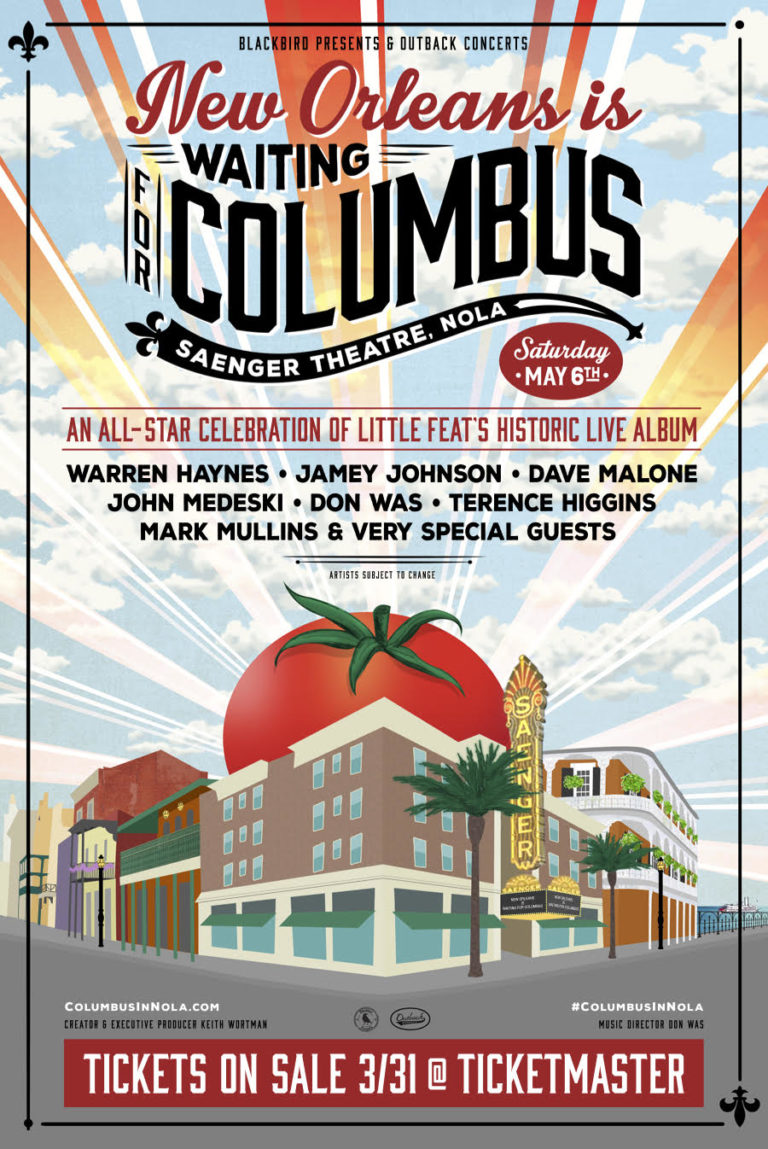 RIP Col. Bruce – A Tribute to a Friend and Genius
0 replies