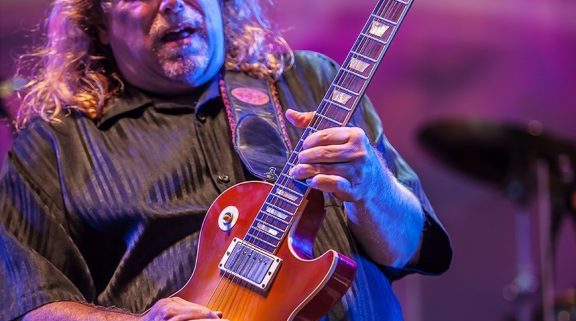 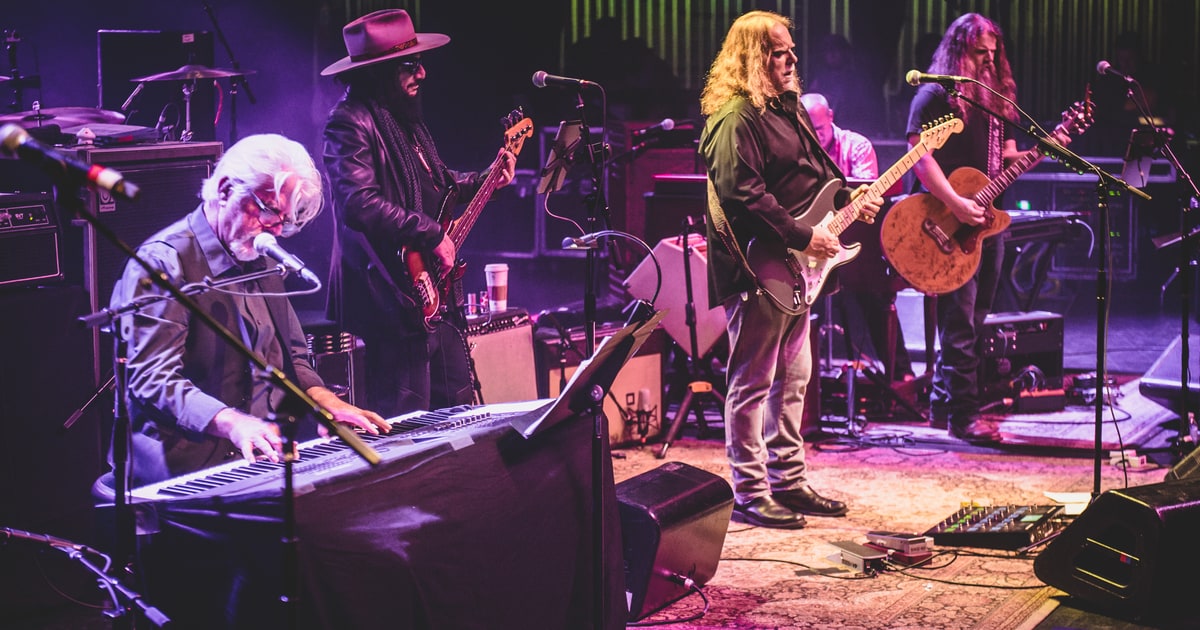 Don Was produced two tracks on Gov’t Mule’s Revolution Come… Revolution Go . I interviewed him about this for my Guitar World cover story, but could only use a quote or two. Here’s a bunch more. You probably know this, but Don has produced the Rolling stones, Bonnie Raitt, Van Morrison and so many other great artists.

How long have you known Warren?

I’ve been aware of him and had somewhat of a relationship since I produced the Black Crowes 20-some years ago. They were all buddies and he was around some. But I’ve gotten to know him a lot better over the past few years. We’ve done a number of live events together and we’ve become buddies. We played on some tribute shows, including All My Friends for Gregg Allman, and that led to us doing The Last Waltz  shows in New Orleans last year and then the whole tour and, man, was that fun. Playing with him has just been such a thrill.

Why? What does he do that makes it so much fun?

By design I stand right by his open back amplifier, so I can hear him as well as possible and just follow him. The amp is positioned for me and Terrance Higgins [drummer] to hear him on top of everything. He plays stuff that inspires everyone in the band and if you just ride the crest of his wave, you can surf on that for three hours. He plays all this stuff that’s really generous; it’s open and invites you to add to the conversation. He really leads you on a journey; he knows how to build a song and a solo and he leads and listens at the same time. He’s really driving the bus but in a way that makes everyone in control at the same time. The opposite of that is someone who plays a whole lot of notes and doesn’t inspire you to play anything because they are only looking for a backing track.  That’s what a self-indulgent guitar player is.

Warren’s playing is open, generous and incredibly expressive. He’s like a very inspiring orator, who is incredibly communicative every time he speaks. Warren is like that as a guitarist/ He’s playing in rarified air. There are very few people who can do what he does, especially the whole package of being an improviser, a bandleader, and a structuralist. And I’m only talking about his guitar playing here!

What did you learn about him and/or Gov’t Mule working in the studio?

Well, Warren is a really good record producer and the first thing I asked him was, ‘What do you want me to do this for?’ But I think it’s hard to produce yourself and I get that. He wanted my perspective and input.

As for Gov’t Mule, I guess I didn’t realize how great of a band they are. They have the kind of telepathic communication and understanding of one another’s ideas and instincts that mark all great bands. The musical conversations happening in Gov’t Mule are vivid and highly cooperative and really intense. It’s the kind of thing you can’t just rehearse your way into. It’s chemistry and it comes from great players who really listen – and from years of playing gigs together.

How is Warren the same and different on stage and in the studio?

That’s really interesting. He’s a great improvisational musician and he understands the value and importance of spontaneity but at the same time he’s extremely professional. He has a high performance ethic. You have to find the balance between spontaneity and creativity on stage and brilliant improvisation and structure. Warren is very organized and he labors over setlists and creating a framework where everyone can soar and shine.

It’s similar in the studio, where you want fresh performances but also to maintain critical judgement of what you’re recording. He manages to straddle both of those very difficult balances perfectly, because he has strong left and right sides of his brain operating simultaneously and that’s incredibly rare. So, on stage, he values both freedom to improvise and wants everyone to do so brilliantly, he wants structure – and he achieves it by being incredibly organized so everyone is working in a framework. And in the studio it’s a similar dynamic; that organization pays dividends.

These guys were tracking live and mostly keeping solos and doing just a couple of takes, and it’s very old school and done with utmost professionalism.

You mentioned that Gov’t Mule is a real band. What is the studio dynamic like in that regard? Is everyone contributing ideas and parts?

Oh yes! Warren has got leadership charisma. That comes across to the audience but also to the musicians. He’s a guiding presence without having to be too verbal. He’s the undisputed but undeclared leader of the band. It’s something in his character where it just happens. It’s comforting to have someone doing that – to have a natural born leader. So onstage, I just look up to him when it’s time to end a song. I feel it coming and know he’s going to get out of it gracefully. Just open one eye and watch his movement it’s going to be fine. That’s an incredibly comforting presence to have on stage and it’s the same in the studio. Everyone in that band has input and no one is telling anyone what to play but it’s a great feeling to have someone that everyone is looking to for guidance at key moments.

Just like being a creative expressive musician is a gift not a craft, I think leadership is the same thing and he’s got both in abundance.