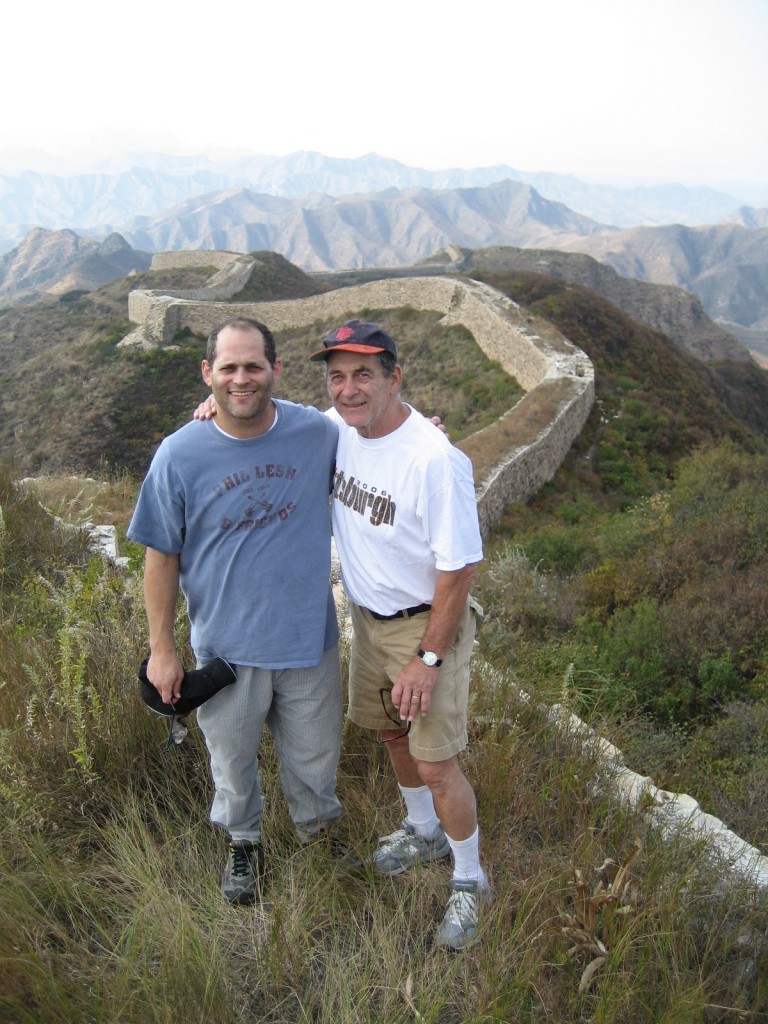 Almost a decade after moving back from Beijing, I no longer think about my three and a half formative years in China on a daily basis. Repatriation is a long process and now the whole experience has been processed through my system and simply become a part of who I am. Every once in a while, however, some trigger re-immerses me in expat life.

This happened recently when I got onto my old desktop computer to load the hard drive onto a portable disc before some important files and treasured photos were lost to the digital mist. Great memories were stirred as I ripped through pictures of my family’s early days in China, marveling at how small my now-teen children were when we moved to Beijing in 2005: 2, 4 and 7 years old. Then I came across one image that stopped me in my tracks.

It showed my father and me standing on a spectacular stretch of wild Great Wall in Hebei province, about three hours Northwest of our Beijing house. This was in October 2006, early in our second year in Beijing and my parents’ visit was a special occasion. Just six months earlier my father, Dixie Doc, had undergone surgery to remove his cancerous bladder and construct a new one out of his small intestine.

Dixie had been diagnosed just months after we moved to Beijing, casting a pall over what had already been a transformative experience for my family. As most veteran expats know, being so far away from home as he went through his treatment was grueling, and my first visit back was an intense, melancholy affair. Surgery was looming and our best slice of quality time came when I accompanied him to a chemotherapy session. My father lacked his usual vigor and barely seemed able to enjoy time with my high-energy kids. As we hugged goodbye, it was impossible to suppress the thought that it could be for the last time.

A year later, there we were, hiking this gorgeous stretch of land 7,000 miles away, and standing together on this magical piece of history. Staring at the image, I recalled the entire crazy, memorable trip to get there. I had hired a guide who promised me an unforgettable hike, but had foolishly opted to drive myself, instead of hiring a driver, which I could have done for about $50. We slogged through Beijing traffic, then zipped up a large highway, before branching off to go up and over a twisty mountain pass.

At the bottom of the long hill, heading the other way, was one of the region’s infamous miles-long traffic jams. Large blues trucks, most of them loaded down with coal, stretched as far as the eye could see, waiting until they could enter the Beijing city limits at 10 pm. As we passed, I glanced over, fascinated by the army of drivers, some sleeping three abreast in their cabs, other stretching their legs, smoking cigarettes or playing cards with one another.

Squadrons of motorized bikes and tricylces scooted between the trucks, selling water, beer, tea, noodles and cigarettes. We drove by this fascinating scene for miles, contemplating a different route home, before the road became quiet and deserted. Eventually, we turned up a severely rutted dirt road with a sharp drop-off to our right. As I bounced along, struggling with the wheel, Dixie leaned forward and growled, “Where the hell are you taking us?”

This was not the first or last time he asked this question on this and other visits, as I was always intent showing important visitors the country I knew and loved, but this could be dangerous since off-the-beaten-path China could quickly become stuck-in-a-ditch or over-a-cliff China. Pushing those thoughts out of my head, we soon arrived at a small, mostly abandoned village, dying because a well had dried up and there was no water here.

A few dogs and chickens scurried around our feet as we started walking. It was a fairly short hike, probably less than two miles, most of it gently uphill. It was crabapple harvest season and we passed villagers picking and packing the little green and red fruits into wooden crates as well as a couple of donkeys grazing at the end of long tethers. It was windswept and wide-open land, pretty in a gentle, rolling way. Approaching the Wall, the terrain turned steeper and we headed uphill.

The relic itself was spectacular, the best-kept section of wild, unmaintained Great Wall I ever visited. The upper walls were gone, but the base was solid, the bricks perfectly spaced and symmetrical. Tall brittle grasses grew across the top, coming up to our chest in some places. “Wow,” my mother said, simply and accurately.

“Now I see where you were taking us,” my father said, as we stood looking out over the mountains stretching as far as the eye could see. A moment later my mother snapped the picture whose discovery years later triggered all these memories.

I wrote the award-winning The Expat Life column for WSJ.com from 2005-2009. This story is adapted from Big in China: My Unlikely Adventures Raising a Family, Playing the Blues, and Becoming a Star in Beijing (Harper). Copyright 2011 by Alan Paul. 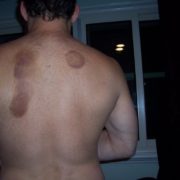 Chinese Massage Can be Elicit and it Can be Painful