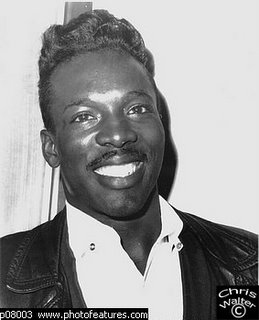 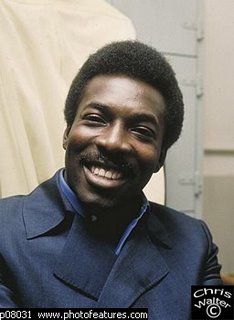 One of my favorite singers, “Wicked” Wilson Pickett died yesterday. He sang “Mustang Sally,” “In the Midnight Hour” and many more. It’s also worth digging up a copy of him singing lead on the Falcons’ 1962 “I found A Love,” his first sort-of hit.

I pasted in an AP obit below, but wanted to share one story.

Pickett recorded a scorching version of “Hey Jude” in 1969 featuring Duane Allman as a session guitarist. They just kill it, man, and if you haven’t heard it, you need to check it out. It is on the Duane Allman Anthology and several Pickett’s Best Of’s and it is downloadable at ITunes. In fact, I just downloaded it because I needed to hear it again after hearing about Wilson’s death and thinking about it and it remains devastating.

Eric Clapton once told me (I only interviewed him once, so that sounds a little pretentious, but still…) that he heard “Hey Jude” on his car radio and pulled over to listen to the guitar player. “I drove home and called Atlantic Records immediately,” he recalled. “I had to know who that was playing guitar and I had to know NOW.”

And that was the inquiry that led Clapton to go see the Allman Brothers Band in Miami Beach while in the studio with Derek and the Dominos and invite them to hang out at the studio and do dope together and jam. And Eric and Duane became “soul brothers immediately,” he told me. And soon they were recording Layla, one of the all-time rock classics, which was completely jumpstarted and made what it was by Duane.

And it all began with Wilson Pickett’s “Hey Jude.” You dig?

So here’s the great story: it was Duane’s idea to do the song, which was current at the time. Pickett had never heard it. The album was being produced by Jerry Wexler, the fast-talking street tough New York Jew behind most of Atlantic’s greatest moments. It was engineered by the late, great Tom Dowd, who told me this story.

Duane turned to Wilson said, “Hey, man, I know what tune we should do – ‘Hey Jude.’”

R.I.P. Wilson and thanks for the memories.

Wilson Pickett, the soul pioneer best known for the fiery hits “Mustang Sally” and “In The Midnight Hour,” died of a heart attack Thursday, according to his management company. He was 64.

Chris Tuthill of the management company Talent Source said Pickett had been suffering from health problems for the past year.

“He did his part. It was a great ride, a great trip, I loved him and I’m sure he was well-loved, and I just hope that he’s given his props,” Michael Wilson Pickett, the fourth of the singer’s six children, told WRC-TV in Washington after his death.

A member of the Rock and Roll Hall of Fame, Pickett – known as the “Wicked Pickett” – became a star with his soulful hits in the 1960s.

“In the Midnight Hour” made the top 25 on the Billboard pop charts in 1965 and “Mustang Sally” did the same the following year.

Pickett was defined by his raspy voice and passionate delivery. But the Alabama-born picket got his start singing gospel music in church. After moving to Detroit as a teen, he joined the group the Falcons, which scored the hit “I Found a Love” with Pickett on lead vocals in 1962.

He went solo a year later, and would soon find his greatest success. In 1965, he linked with legendary soul producer Jerry Wexler at the equally legendary soul label Stax Records in Memphis, and recorded one of his greatest hits, “In the Midnight Hour,” for Atlantic Records. A string of hits followed, including “634-5789,” “Funky Broadway” and “Mustang Sally.” His sensuous soul was in sharp contrast to the genteel soul songs of his Detroit counterparts at Motown Records.

He was elected to the Rock and Roll Hall of Fame in 1991, though his last years were marred by ill health and heavy drinking.

You get to vote again — Steelers Nation column? My third column is up today
Scroll to top