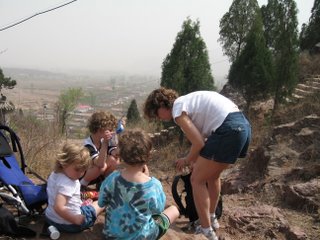 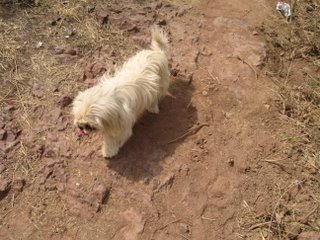 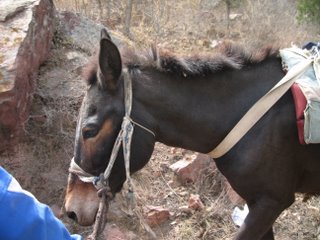 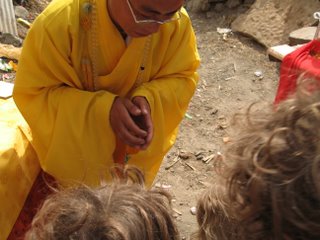 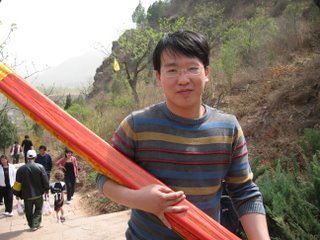 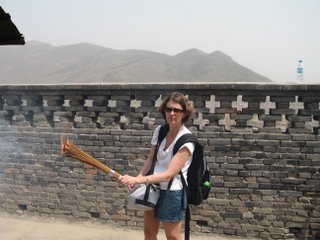 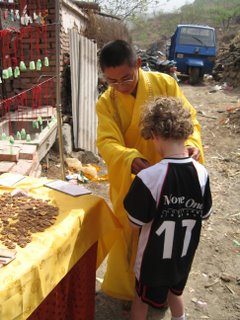 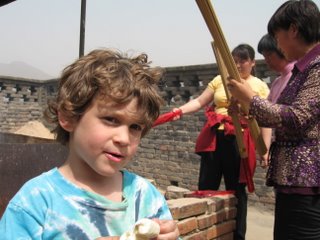 Went for a hike last Sunday.. wish I could say it was all great but we got badly lost on the way.. should have been 90 minutes and it took 2.5 hours or so… everyone was ragged out…

We weren’t that far from our house really but we might as well have been 1,000 miles from Beijing. People were so country there. We were supposed to be hiking to a temple up on a hill and it turned out it was the start of a twice-a-year temple festival. People came from all over to light incense and be blessed by the Taoist monks.

We had to park and walk up a country road. It was fun, but people were hucking us junk and pointing at us and a beggar was aggressive and somewhere along the way Jacob sort of freaked out and dug his heels in and said, “I’m not going.” So we had to have all these scenes, with all these Chinese people walking us with rat attention.

We finally got Jacob moving and walked up about halfway, where there was a shrine and a place to light incense, which we did. Some people were trekking up with huge incense sticks, bigger than them.

Just at the shrine, we pulled over to the side and had a little picnic lunch, though we were interrupted by a woman coming through with a mule and a little dog yapping behind her. Dog looked sort of like Stella Wells, who is sort of Chinese –looking come to think of it.

Eventually, Jacob calmed down and we walked back down and bought some necklaces. Jacob really wanted this blue crystal one. Eli chose a fake jade Buddha, and Anna some other ornament. A Taoist monk came over and did a big blessing ceremony on each of the necklaces before placing over their heads. That is what is captured in the video.

Sorry if this is choppy.. we are leaving for the airport in an hour or two to go to Guizhou for a few days.. may not be able to update but lots of goodies when we get back.

Column feedback You wouldn’t believe this place…
Scroll to top