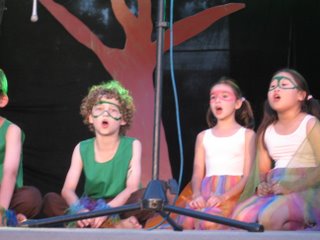 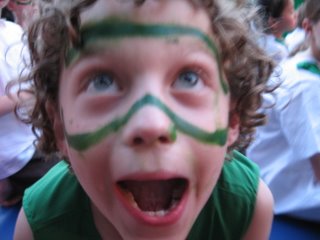 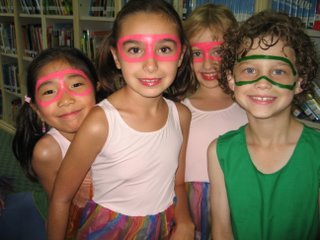 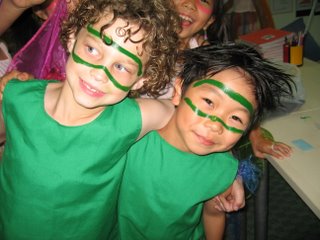 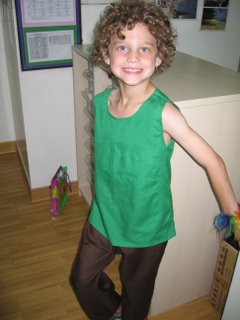 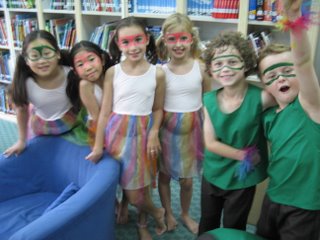 Jacob finished the second of two performances of Kids Summer Nights Dream, the year-end Dulwich play. It was really quite impressive. Two hours long, no kids older than fourth grade. they don’t mess around there. They had a big stage, pro lightings, smoke machines, great sound system…

The kids did a great job and they were mostly all smiling ear to ear the whole time. Jacob loved it. I am proud of him, H e was sort o f hesitant to do it at first, and we gave him a slight push to the first rehearsal and then he just totally dug it. Once he realized several of his friends, including Javier Wong and Sweet Caroline were in, he was hooked. Both of them are in these pictures.. That’s Javi hugging Jacob and Caroline singing next to him.

They had one day of rehearsal last week from 8:30-5 and I though the would be exhausted and grumpy but he was exhausted and happy. They had a couple more half day rehearsals this week and then a performance last night and tonight.

Jacob was great. He moved with energy and confidence, sang loudly, put himself front and center. And I watched him on the side of stage when he was off, singing and dancing along and even mouthing words of dialogue.

One of the teachers told me tonight that he was like an extra director, because he always knew exactly where everyone should be when and told them in no uncertain terms. He told me on the way over tonight that “I get stage fright but it only lasts five minutes and then I feel great.” We’ll try t get him to do the drama club or join the orchestra or band next year.

He is actually supposed to do a modeling job tomorrow for a clothes catalogue. They use all these Western kids, the blonder the better and have been after Jacob and his curls all year. He finally said he wanted to go because.. Caorline is going. Her mom is attending so all we have to do is drop him of at 8:30 am.