One really nice thing this spring has been that Becky’s little sister Sara has been here. She and her boyfriend John, who are both students at U-Michigan School of Architecture, are here studying the same for a summer program, along with students from an art institute in LA, and, I think, the University of Toronto.

They are based in this fledgling arts area in a little village n the northeast side of town, not at all far from us. We’ve only seen them a handful of times but it’s been really nice every time. Sara spent most of the day here Saturday, including Anna’s birthday party (yes, pictures of that are coming, sooner or later).

It’s a real pleasure to have Sara here. She was 3 or 4 when Becky and I started dating and it’s been a pleasure to watch her grow up, even if it is jarring to realize she is now older than B and I were when we got together. She has always been one of my favorite people. This weekend, they are joining us on our trip to Xi’An with Greg and Laura and family which will be very nice.

Last Friday, they had a semester-end open house of sorts at their studio space and we took everyone down there. It was nice. The kids were a bit of a novelty, maybe even more so amongst grad students than they are amongst Chinese folk. The students cracked me up.. very nice and pretty stereotypical. The professors were pretty much right out of central casting as well.

I have to say also that the more hip, trendy design stuff I see around here, the more I respect our dear old friends Craig Winkelman and Jane Beck. They had this aesthetic vision in 1988 when I met them. I enter hotsy totsy restaurants here and they look like Craig and Jane’s Jersey City loft from 15 or more years ago. 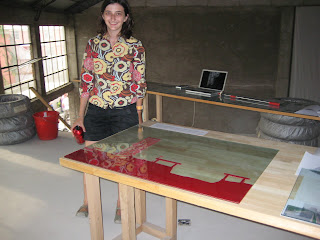 Sara with one of her projects. Neither Becky nor I
could understand what it was about. It was either
mumbo jumbo or Sara operates at a much higher
intellectual plane than us. “Both” is also an option.
Beautiful work, though. 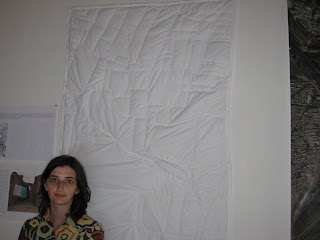 Sara with one of her two projects, a quilt she
sewed based on an old map of the area. I
remember when her elderly neighbor taught
her to quilt years ago. Who’d have thought that
folk skill learned as a preteen in Bay City would
lead her to a display in some overly hip modern
art space in Beijing? 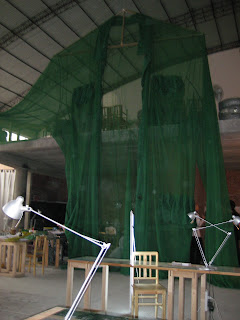 This giant shirt was cool. Kids loved it. 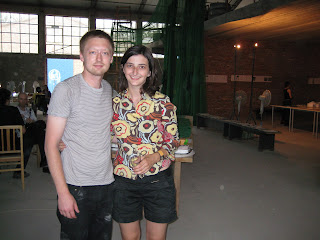 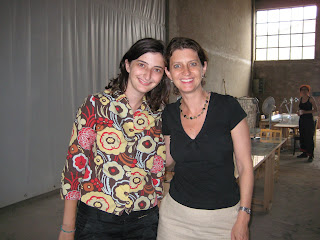 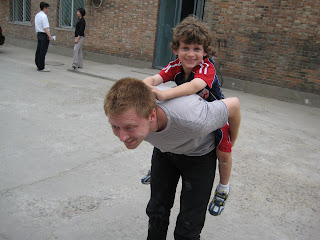 Eli is in love with John. They build castles together. 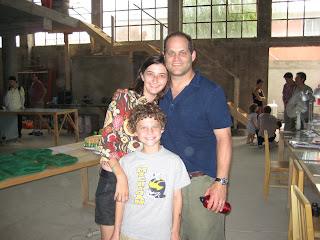 It’s still hard for me to believe Sara isn’t as
old as Jacob is now. 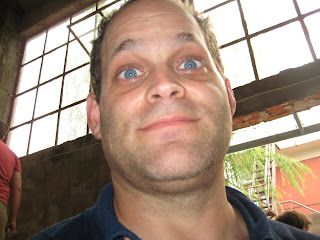 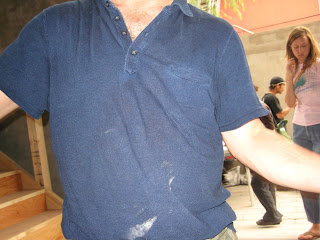 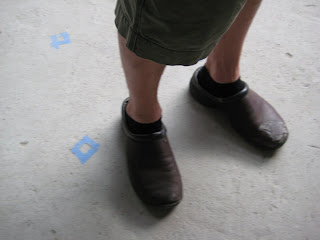 Jacob got into the spirt of things and took sectional
pictures of all of us. They really could have been an
exhibit there, if we had blown them up huge. 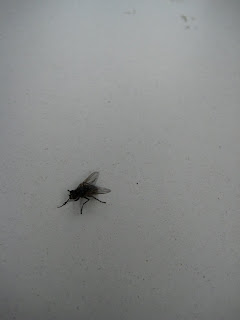 He also shot this fly on the table. 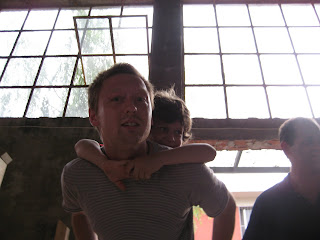 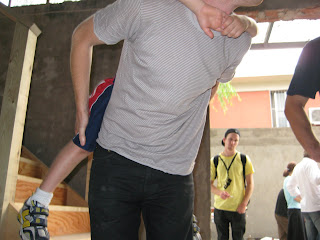 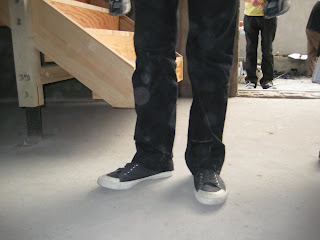