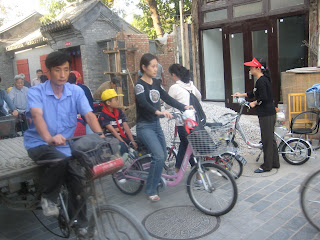 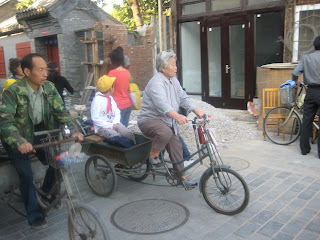 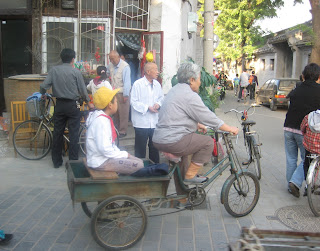 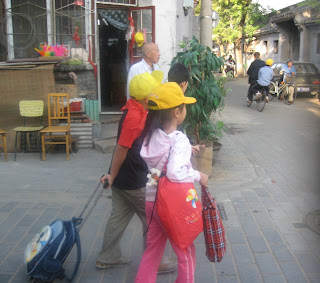 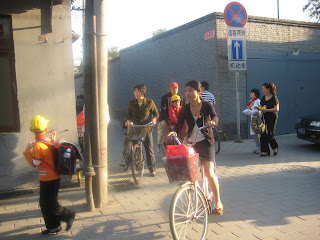 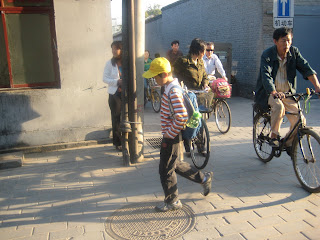 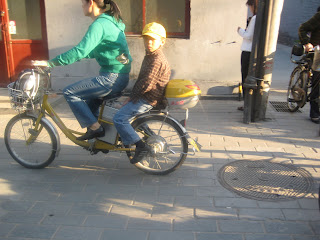 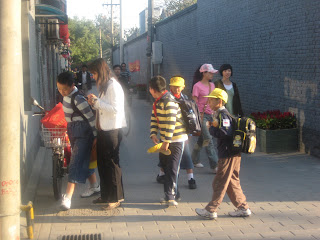 The original lead of my last column about expats going to Chinese schools read like this:

Standing in the middle of a hutong street early one recent weekday morning, I was surrounded by children piling into a nearby elementary school. They arrived by bike, pedicab, car, foot and every other possible manner, all wearing their uniform yellow baseball hats, red kerchiefs tied around their necks. I was on a rapidly gentrifying old street; with cafes and hip shops popping up amidst the old noodle shops and residences, the place is becoming quite popular with Westerners, but it’s a wholly Chinese world at 7 am– until a blond couple emerge from their courtyard home, carrying a towheaded toddler.

Laura and Dominick Johnson-Hill are bringing two-year-old Winnie to her new school, a neighborhood pre-k a few blocks away. She is the only Westerner there. It’s a choice that a small number of expat parents make in China

Even as I wrote it, I knew I would have to ditch it. I just didn’t have the material to follow this up. It was a feint that really went nowhere, but I so wanted to get this out, to express what I saw down there. Even the description above really didn’t do justice to what I saw, , curtailed as it was to attempt to fit in to the column format.

The hutong was Nanluoguxing, the same place where Woodie Alan played that street festival a couple of weeks ago. If you go down there at night, especially on a weekend, it can seem downright Western, with cafes, tapas bars, nice boutiques, and a hostel or two. But at 7 am on a weekday morning, it was old China all the way.

I got there at 7 am and they weren’t due until 730 so I walked around, bought a fresh fried bun with red bean paste for .6 rmb – about 7 cents – and went down to the corner and just stood there watching. There was a steady stream of kids arriving at this school, at first on foot and by bike, but they kept coming – in cars, and cabs and motorbike cabs and in the back of these flat-bed tricycles you see all over here. Many were with grandparents, some were alone, some were with parents. Many, many were toting backpacks with Mickey or Minnie Mouse, Shrek, Buzz Lightyear or other American kids icons. It was a really nice scene.

It was a beautiful morning and no one really took note of me one way or the other. I just stood off to the side, watching and mumbling to myself, “Please have them come out with a kid in the hat and scarf” over and over. My conversations with these guys had been a bit limited and I didn’t realize their kid was 2.5 or 3 and going to preschool. I so wanted her to be going to this neighborhood school. I walked over to the pre-k with them and had a nice chat and did get them into the column, albeit in a more limited way. But just standing there watching the world go by for 45 minutes is what I remember.