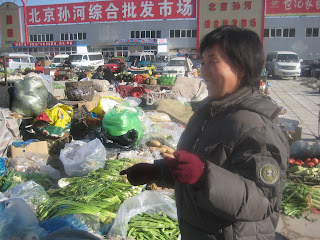 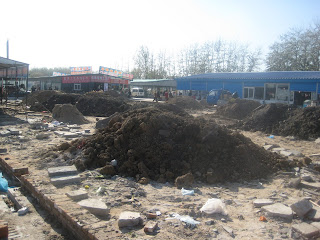 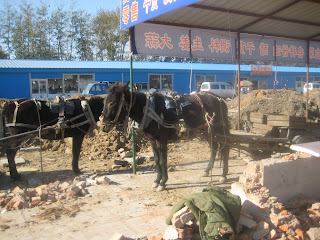 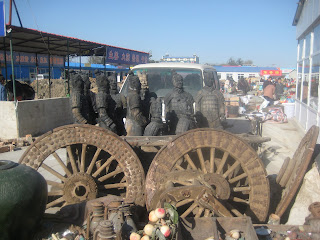 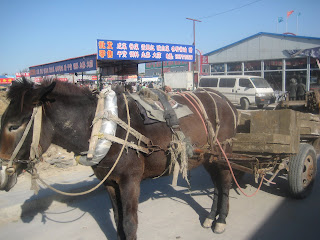 I returned to the Sunhe Market I wrote about in my column about a week later. I went with Hou ayi, who cooks, to buy vegetables and fruit and other stuff. Kersten, news assistant from WSJ who wen tout there with me to translate, was shocked that I bought fruit and veggies there. I think it’s good stuff if you shop carefully — and you should see Hou go through a pile of scallions to pick out which ones she wants. it’s a thing of beauty. It all comes from a produce wholesale market and I think our expat grocery store gets their from the same place. I won’t buy meat there, but produce and cooking oil, sesame oil, etc. no problem and I enjoy shopping with Hou.

Anyhow, look at what I found. Half of the parking lots and the vendors who had been there were gone. The paving bricks were being torn up and carted away on mule carts. Where was the lady from whom I bought the little turtle for Anna? The fruit vendors with two kids who asked me I had to pay a big fine for having three kids, then asked why I didn’t have at least five if the government didn’t stop me? The butcher selling pigs hearts? Who knows where they are.

Like I said, the pace of change is just wild.