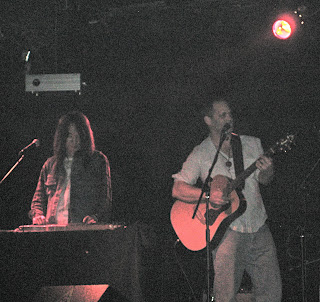 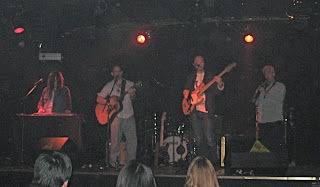 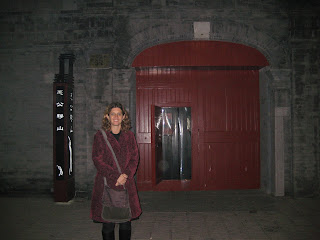 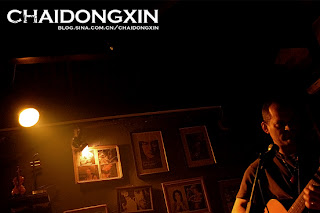 So Woodie Alan stepped it up and lived to tell about it. We played Friday night at Yugong Yishan, a pretty big club downtown. The picture of Beck as she was leaving, taken by friend Jill Dutt. We played until close to 2 and they were there until almost the bitter end, which is appreciated.

It was a pretty significant step up — big stage, big lights, big sound system. We had a decent crowd, about 80 people, which was enough to not seem empty, though it would definitely be nice to get some more people in there next time because it’s a big place — and there will be a next time. They asked us back in January.

Woodie says he has some video that sounds great and he is much more critical so I’m anxious to see it. It felt good. We had a bunch of friends get up and jam, mostly guys Woodie knows and they were good. Really good. That included two great harmonica players, including Royce, who plays with Black Cat Bone, a really good, popular blues ban din town, and Powell Young, the Chinese shred king, who has played with us a couple of times before and ripped it up on the last three songs. I really can’t believe I’ve pulled this thing off. The column only scratches the surface.

The last photo is another the photographer sent from our previous week’s gig. He has a bunch more cool ones of us and that funky little bar on his blog.