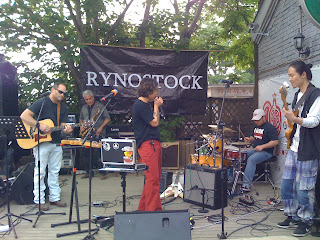 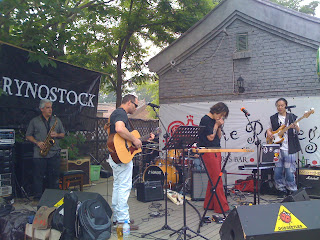 In a rather Herculean upset, Woodie Alan has won the City Weekend Reader’s Poll. Next Thursday we will go to a big event and collect our prize –whatever that may be — as Beijing’s Band of the Year, 2008. I am rather astounded.

Next Monday we are going into a studio and trying to record a few songs. and the week after that we have our first tour, to Xiamen and Shenzen in Southern China. It’s all too funny.

These pictures are from a festival we played last Saturday. it was a lot of fun, about 15 bands and it raised a couple of thousand US dollars for earthquake relief. Unfortunately, we had to play an early slot because of other commitments.