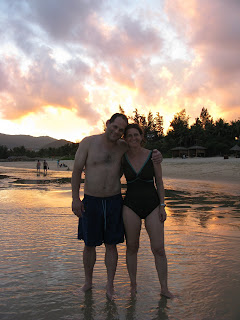 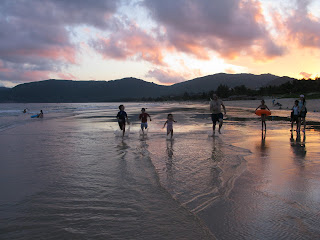 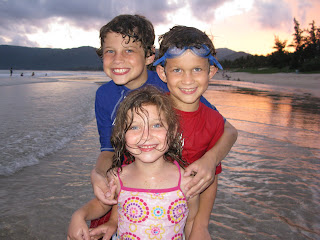 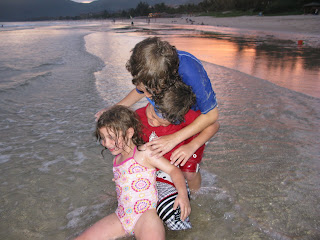 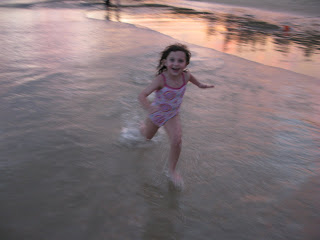 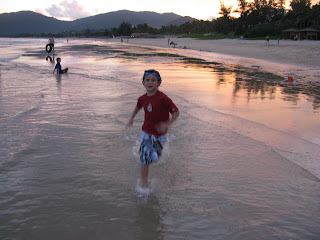 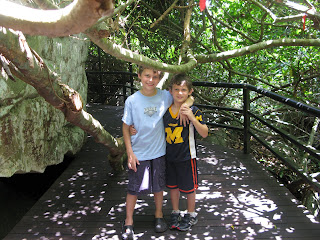 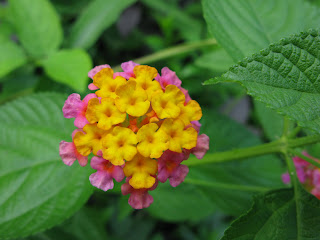 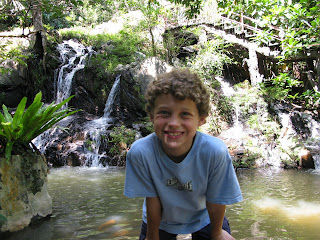 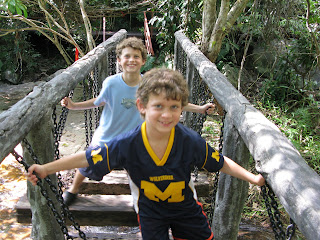 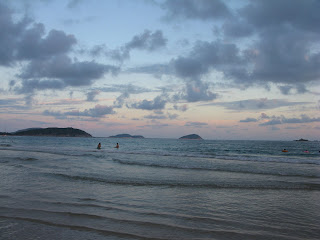 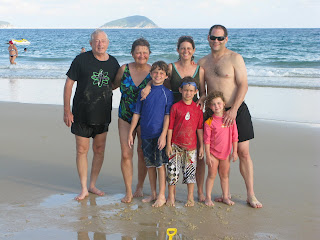 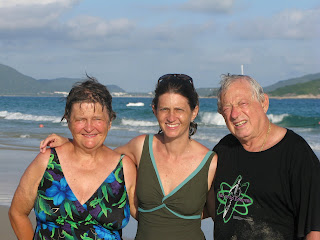 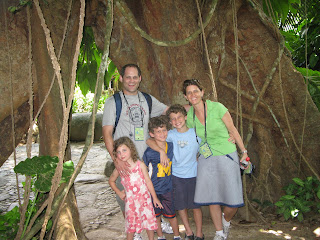 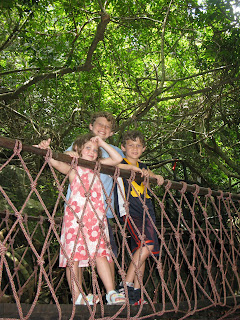 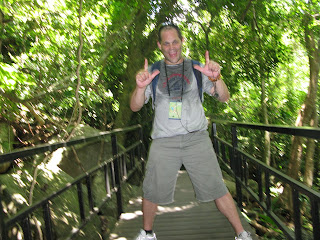 I am still catching up and reeling from all that Olympics crust.. just as I shook that off, I plunged into a new set of fairly daunting realities.. getting ready to actually, gulp, repatriate, trying to finish a CD and play as many gigs as possible, planning a trip to India for October Holiday…

I’ll get to all of that stuff in good time, I hope, but fist wanted to catch up on our trip to Sanya, Hainan Island. In short, it was beautiful. I have to admit, we kept saying things like, “I can’t believe this is China” We have been to lots of stunning places in China, but nothing tropical quite like this and nothing that was an out and out resort. We also spent an afternoon in a rain forest, which was really cool.

We stayed at a really nice Chinese owned beach resort and it was really interesting to be there with almost all Chinese guests. All of our tropical Asian vacations have been elsewhere with most guests being European. It was cool, and a reminder of how far China has come. I think it would have been unthinkable to people not that long ago that there would be this many Chinese with this much disposable income and time.

A further reminder of this came by email from Litao Mai, a Chinese friend in Maplewood. She is now a FC for Merrill, and her own story reflects China’s I thin (except that she married an American and moved to NJ)….

Have fun in Sanya. That was the place where I spent my very first vacation of my life in April 1993. After a year working in Macau, I saved a few thousand HK dollars and spent most of them in Hainan Island. At that time, Haikou, among with Shenzhen and Zhuhai, was a “special economic zone” and to get there, you’d need either a passport or a special permit.

I took a bus from Kaiping City to Haikou overnight (with a passport, ordinary Chinese could not enter Haikou city without a passport at that time). I remember very well on the bus going to Haikou, everyone else was local Hainan islanders who seeked jobs in Pearl River Delta area and on their way home to visit. I was very nervous (worried about being robbed) and dared not fall asleep on the bus. So on my way home, I took the pain buying an expensive air ticket (imagined how much cash I was carrying) and flew back to Guangzhou. That was also my first time on a plane and costed all my savings.

As I’ve said many times, things change fast here and I think it’s important to keep in mind just how dramatic the changes have been. I had already been working at Guitar World for two years when Litao took this trip. And the Pirates were just beginning their first of 16 straight losing seasons.