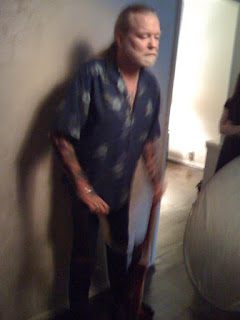 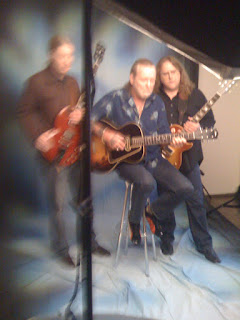 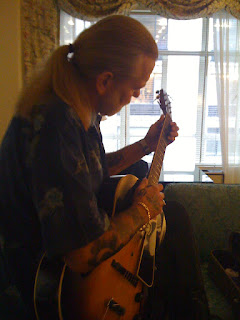 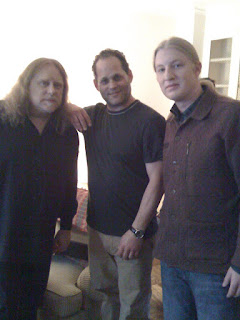 Well I’m a little hungover after a few crazy weeks. The Allmans at the Beacons are over.. 15 shows. I was at 4 and they were all different and all great. I saw buddy Guy, Phish dudes, Eric Clapton, Chuck Leavell and Bobby and Phil from the Dead with them.. but the best night was probably 3/26, which was the actual 40th anniversary and featured no guests.

The three rambling, noodley Dead songs played with Bob and Phil just reminded me while I always liked the ABB more.. better tunes, better singing, harder rhythms, great riffs…always feeling like they are going somewhere even when they are in deep space.

I could write a lot more but I’ll save it for when I’m getting paid and I am in the middle of some intense Allmans writing… cover story for Guitar World coming up More details to follow. These photos are from the photo shoot. Just little snaps taken with my phone. Gregg Allman remains the man. amazing how good he sounds. His voice chills my blood, in a good way.

It’s also the end of Pitt basketball, a much sadder finale. Watched the first half of Pitt/Villanova Saturday before going into the Beacon with brother David, bro-in-law Jon and good bud Jay.. an epic night. But I couldn’t stop looking at my phone for updates every 5 minutes. when Pitt was up by a few with about 4 minutes left I couldn’t take it and ran out the back door in search of a bar (thank God for my VIP pass).

I sprinted up Broadway and ran into the first place with a TV I saw.. about three blocks North. It was a pretty high end seafood restaurant. I crowded around the bar, no doubt annoying the two nice young ladies in front of me trying to enjoy their crab cakes without a sweaty Allman Bros freak yelling at the TV centimeters from their necks.

I bought a beer to make myself somewhat legit and settled in to watch a crushing defeat. With about a minute to go, an older guy came in and stood next to me, sipping a martini and watching the game. I was sort of happy to have someone to talk to so I didn’t seem like a complete muttering loon, but I didn’t really care either way. Right as they lost, some other guy saw us watching and slipped over to join us, no doubt thrilled to get away from his table and have an excuse to tune in (that being us).

“Yeah, sucks for me. I ran out of the Allman Brothers show to see this. Now I’m going back.”

“Huh? You’re going to be the only bummed out dude in the Beacon.”

But I was not bummed out. I ran back in, literally, and had a blast. The Beacon is like a cocoon, a magically, hermetically sealed alternate universe. I have to say, nothing like the Allmans at the Beacon and I feel lucky to have experienced it as often as I have. Now it’s all over and I need to recalibrate.. no more Allmans, no more basketball I care about.