I was in my first year as Guitar World Managing Editor in 1991 when Nirvana’s Nevermind was released. I remember well how we covered it – it was a Slash cover, with a massive Soundgarden feature, with sidebars on Pearl Jam and Nirvana, each one page long. I think that Nevermind was  already out and was gaining a lot of underground buzz. I took the CD home one weekend and listened to it over and over and it just struck me how great it was. I heard the poppiness and tremendous hooks that accompanied the rawness and made for such a heady brew.

I remember going in that Monday and telling Brad Tolinski, then and now the GW Editor – and one of the unsung geniuses of rock journalism – that I thought we had to get a hold of Cobain and blow up that sidebar.

“This thing is taking off and it deserves to,” I said. “I think by the time the issue drops, we will look foolish having a Nirvana sidebar to a Soundgarden feature.” 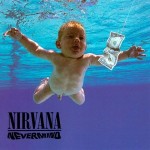 Brad agreed and we went to work, but the deadline was looming and we could not get it done. Brad did not feel quite as strongly as I did about the longer story, but he had a much keener understanding of the power of transcriptions and instead of jamming in a larger feature, he pulled a song (no memory what) and we rushed in a tab of “Smells Like Teen Spirit,” getting approval form the publisher and having a tab done and edited super fast, jammed in on the blue lines, the proofs we had right before the mag went to the publisher. We were both right.

Four weeks or so later when the issue dropped, we looked a little dumb for having a Nirvana sidebar to a Soundgarden feature – but brilliant for having a tab of “Teen Spirit,” which was exploding into a sensation. I think it became one of our best-selling issues of the era, and it really helped us make the transition from being viewed as a shred magazine to a smart music mag that would move with the times and be on top of whatever was breaking.

We covered all the grunge bands heavily in all regards, including tabs. After they blew up, Pearl Jam started denying permission for any and all transcriptions, considering us part of the corporate rock world. We continued to do a lot of Nirvana songs, however, and Kurt stepped in and personally approved them and told his management to keep doing so. As I recall, Michael Meisel, who has become a good friend over the years, told me, “Kurt said that he learned how to play guitar using Iron Maiden tabs and thinks it’s an honor that any kid would want to do that for his songs.” It’s hard to separate my self interest, but I always felt that I would feel the exact same way and it was the only reasonable way to approach this issue.

So we had a good relationship with Kurt in this regard, but never got to do another proper feature with him. I actually had something really cool scheduled. I was supposed to take Kurt guitar shopping at some vintage shops. I think we would buy him anything he wanted up to $300 or something. It would have been a cover story, and a way to spend a bunch of time talking guitar with him. We were supposed to do it when Nirvana was in NYC to do Saturday Night Live, but by the time that happened, everything was spinning out of control and he was not doing press, much less traipsing around guitar shops with me for an afternoon. 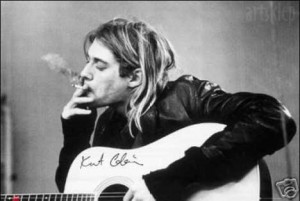 Here is the sidebar story about Nirvana and Nevermind. I edited it, and remember it quite well.