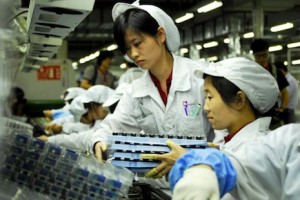 This whole story about monologist Mike Daisey lying throughout his piece about Apple’s Foxconn factories in China is just awful. This story explains why rather well.

But all you really have to do to understand the whole thing is to listen to This American Life’s retraction, which you can do right here. It is absolutely devastating, and Daisey is reduced to being an inch high. None of his explanations make sense or are defensible. It’s a sad episode in American journalism and the ramifications will continue for a long time. Chinese apologists and nationalists will use it to cast doubts and aspersions on any negative reporting that comes out of the place.

Major kudos to Rob Schmitz at Marketplace for seeing through this phony bit of reporting – and actually acting on it. Many, many veteran Chinese reporters rolled their ideas at the piece, but Schmitz set about dismantling it.

I thought that the smartest thing Daisey says in the whole piece is: “I don’t know if this is a smart thing to be telling you into this microphone.” He was given rope and he hung himself. Many of us will pay the price.

, which is one of the best books about contemporary China and certainly the finest piece about life in the factories there,wrote a great article for the New Yorker: Do Chinese Factory Workers Dream of Ipads?

She gets right to he heart at the narcissim that is at the center of this whole issue- Daisey’s self-involvement, yes, but also all of ours. Her conclusion is a bit brutal, but right on:

“The simple narrative equating American demand and Chinese suffering is appealing, especially at a time when many Americans feel guilty about their impact on the world. It’s also inaccurate and disrespectful. We must be peculiarly self-obsessed to imagine we have the power to drive tens of millions of people on the other side of the world to migrate and suffer in terrible ways.”

She covers a lot of the same material in this interview with PRI’s The World.

March Madness Special: A look back at The Fab Five Stephon Marbury wins a Chinese championship
Scroll to top