I eagerly watched Martin Scorsese’s new “documentary” Rolling Thunder Revue: A Bob Dylan Story, as soon as it debuted on Netflix. It’s an incredible movie, featuring footage from the legendary, always intriguing 1976 Rolling Thunder Revue tour. It’s a bit frustrating at times – because the concert footage is so great that it makes you want more. This was on the heels of the release of  Blood on the Tracks, one of my top 10 albums of all time, but we only hear one song from it; a stunning, raw take on “Simple Twist of Fate.” Isn’t there a single version of “Tangled Up In Blue” in the can? And there’s a whole fictional narrative running through the movie that I found first confusing and then silly. But who cares? The backstage footage and concert clips are incredible. 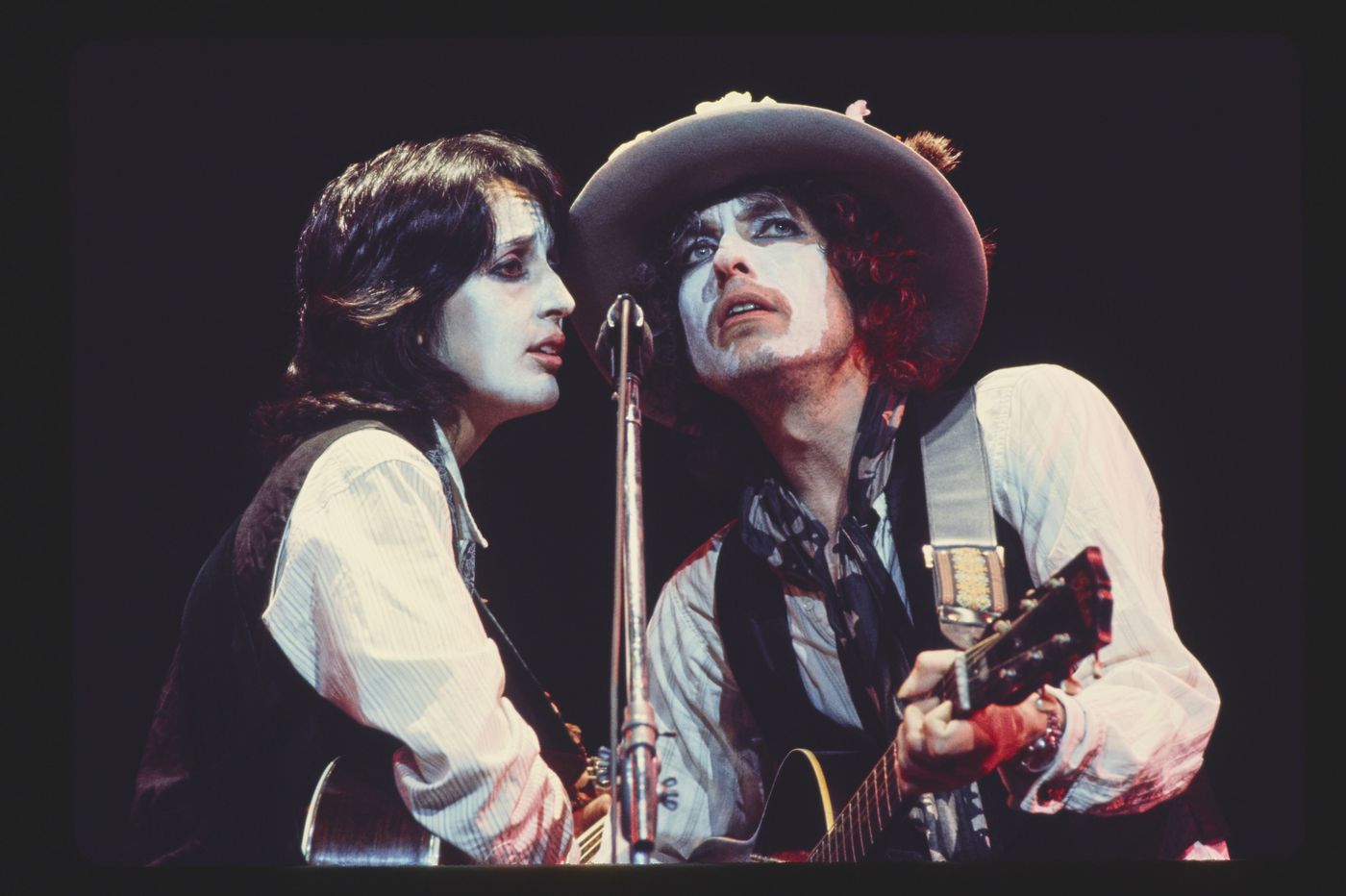 It was also amazing to see my friend and Maplewood neighbor David Mansfield on stage as a teenager. So I started emailing him questions. His answers are below, shared with his permission. David is an amazing multi-instrumentalist. He’s worked with Lucinda Williams, the Wainwrights, Bobby McFerrin, Bruce Hornsby – he plays the mandolin on “Mandolin Wind” – and many others. He’s currently working with T Bone Burnett on a musical (“he’s the composer, I’m the arranger and co-writer on a few tunes”) about Roy Rogers that will open in Atlanta next fall.

This is a good review if you want to know more about the film itself.

And this first person account of the Rolling Thunder by Rolling Stone writer Larry “Ratso” Sloman is quite incredible. Honestly, in the movie I thought at first that Ratso was a fictional character.

How did you and T-Bone Burnett end up in the Rolling Thunder band? Bob had access to anyone, including Mick Ronson, playing lead.

We ended up in the band because of Bobby Neuwirth, who had a gig at The Other End in July of 1975 and flew his friend T-Bone into town to play with him. All kinds of famous musicians (like Ronson) were sitting in. I sat in with the band because my girlfriend had heard they might want a fiddle player. She dragged me down there—that night I joined the “band”, which really was the genesis for the Rolling Thunder Revue.

That must have been a bit intimidating. How much did you just keep your head down and play music?
Everyone on the tour treated me with affection and respect, no need to keep my head down.

How accessible was Bob to you and everyone?

I doubt he ever said more than a few words to me during that first tour, but again, I was a 19 year old kid. I think he was fairly accessible to his peers 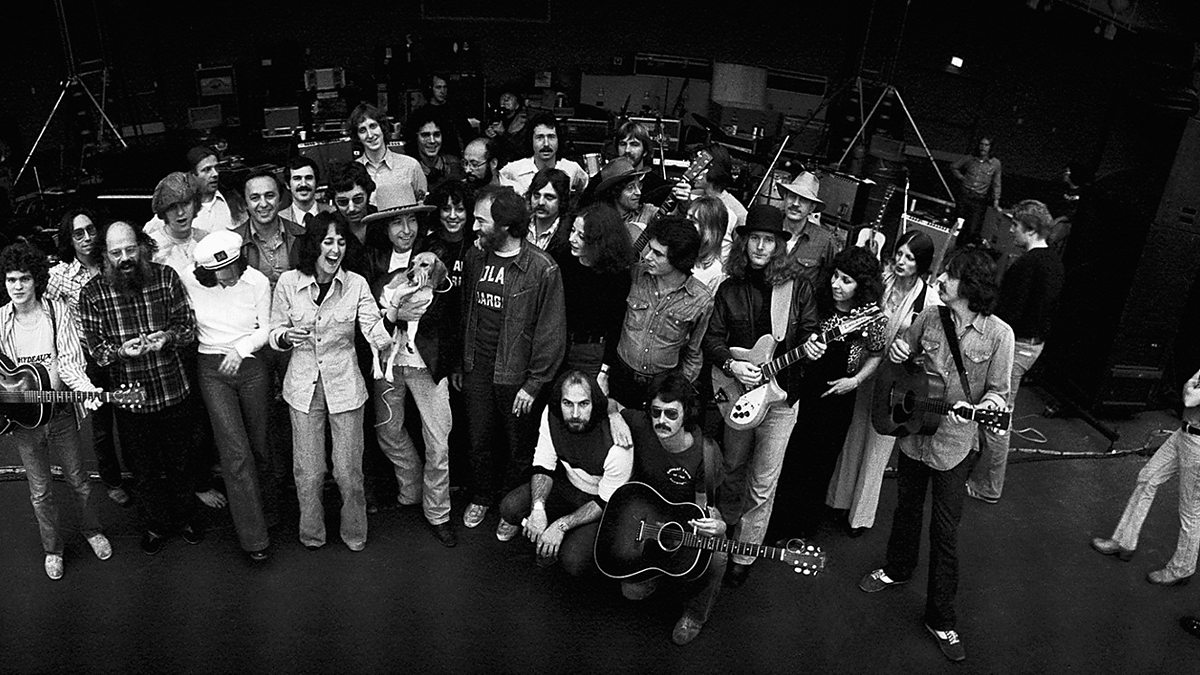 The concert footage is spectacular. I hope they just release a concert film at some point. I want more music!
So do I!

The movie gives the feeling of the band being thrown together but it sounds terrific. How much rehearsing was there actually?

A good amount. We had rehearsals at SIR and then more rehearsing up in New England before the first show. By the end they were pretty much dress rehearsals, fully staged.

Your comments on Allen Ginsburg are spot on. I interviewed him when I was a cute 19 year old and he invited me to his room afterwards to read poetry and when I politely declined, he just leaned over and kissed me.

Allen was the gentlest and sweetest of souls. He always behaved with nothing but kindness toward me.

You’ve done a lot of work with TBone. Is this where it started?

Yes. We were bandmates in the RTR and continued to be for many years, first with the Alpha Band and later with T-Bone’s solo records.

Did you continue to play with anyone else from Rolling Thunder?

Steven Soles was also in the Alpha Band, which came together after the RTR. Before that,  I was part of a post-tour band with Ronson, McGuinn, Stoner and Wyeth. We rehearsed for a while but it never really jelled, so instead we made a Roger McGuinn record called “Cardiff Rose” together, and then went our separate ways.

Did you ever play with Bob again after this your?

Yes, there was a second RTR tour the next year and also in 1978 (touring behind “Street Legal”, which I played on).
Did you or any other musicians see any of this footage over the years?

Only the footage that was in Renaldo and Clara.

Also, what are your memories of  the performance at Clinton Correctional Facility in front of Hurricane?

I don’t remember much, though I don’t think the inmates were all that interested in the show, at least not in parts of it. 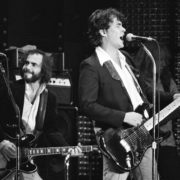