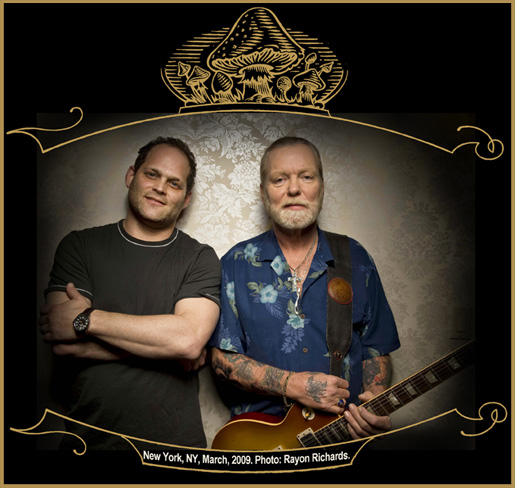 “No journalist knows the ins and outs of the Allman Brothers Band better than Alan Paul.”  – Warren Haynes

“Moving… exhaustive. Its alternating-voices format lays the band’s mottled history out with a convincing sense of how its triumphs and hard times were wholly interwoven. The book’s virtue is the way its democratic ethos mirrors that of the Allmans’ racially integrated, communal aspect: The roadies play nearly as large a part in the story as the band members themselves.”

My goal was nothing less than the ultimate word on the greatest band in rock history and I am deeply appreciative of the feedback that indicates I may just have pulled it off, via  reader emails and the reviews – in newspapers, magazines, blogs and by regular readers like you on Amazon and Barnes and Noble.com

Rolling Stone says, “This pot-stirring oral history reads like a backstory of how musical lightning comes to be.”

Guitar World writes, “The stories are salty, unfiltered and straight from the horse’s mouth. It’s a good thing, too, because the Allmans’ story is often so bizarre and harrowing it’s hard to believe it’s true. The word ‘definitive’ gets tossed around so often it has lost some of its meaning, but this 400-page journey into the heart of rock and roll darkness deserves the accolade.”

The Atlanta Journal Constitution: “Considering the band’s operatic dimension — unspeakable tragedy, personal division, drug addiction, perseverance — it is a wise decision by the author to let its many members and sidekick crew have the floor to themselves.”

And The NY Daily News says, “The trust the author has built up with the Southern rockers and their confederates is obvious in this oral history, as everyone still alive tells their side of the story.”

Check out the Don” Imus in the Morning” interview with Alan Paul here:   Don Imus Interview  – One Way Out

A taste of my Book Launch at Words, Maplewood’s Bookstore:

The book includes interviews with almost 60 people, including all surviving members, from founders Dickey Betts, Gregg Allman, Butch Trucks and Jaimoe to Warren Haynes, Chuck Leavell and Derek Trucks as well as many other friends, associates and managers, including four of the five people who have overseen the band’s career: the late Phil Walden, John Scher, Danny Goldberg and Bert Holman, who has managed the ABB since 1991. One Way Out also features interviews with the now-deceased Tom Dowd, Allen Woody, Red Dog and Mike Callahan.

Drummers and ABB founding members Butch Trucks and Jaimoe wrote the Foreword and Afterword respectively. One Way Out also features almost 150 photographs including many never-before-seen images by Danny Clinch, Jim Marshall, Neal Preston and Stephen Paley. Uniquely, it also features almost 100 images taken by ABB road managers Twiggs Lyndon and Kirk West. I’m very proud of the art, having worked to make it as strong as the words.

Thank you everyone for all the great support.

♦ Check out where Alan will be appearing to launch the book.