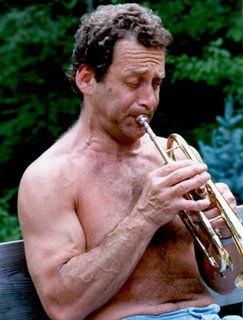 So many people have written, called, emailed, asking about my dad. Thanks for asking. He is doing fine, handling chemo far better than most seem to. He just took a week off his regime because he wanted to be strong for two gigs, including one at the School for the Blind. So he is up to his usual shenanigans. I think the gigs make him feel extra spry too because he is 15-20 years younger than almost everyone in the band.

Special thanks to Special K for the photo.