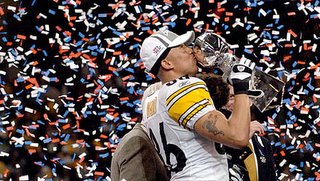 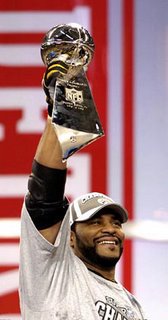 Well, we’re back from a hell of a trip. I will post pictures and full reports soon. But it as just an incredible journey and to end it with a red eye from Bangkok and right into the Super Bowl.. well, it’s almost too much for words.

We left Phuket at 9 pm last night.. Got to Bangkok and 10:30.. our flight did not leave until 1:35 am.. and then was delayed until 1:50.. We had a few rocky moments around midnight, but the kids stabilized and did remarkably well. By the time we boarded Eli and Anna were asleep. Jacob went right to sleep on the plane.

Four hour flight, one hour time difference, so we landed in Beijing at 6:50 am. Jacob was great. He popped up and wheeled a bag off. I carried eli and a heavy bag, with a backpack on to boot. Becky carried Anna.

Though there were almost no flights arriving at that time, we had to walk down stairs into the bitter 24-degree, flurrying dawn, onto a tarmac and a waiting bus. It felt very Moscow 1955. We went through immigration and Becky freed me. I took the boys and bolted while she and anna and the Yardleys went to get the luggage and go through Customs. I bolted outside and there wa sa guy in a black car right there. He spoke a little English and I jumped right in, rather than having to wait in the taxi line and hassle with someone getting them there.

Good move. He had seatbelts and knew what he was doing. We zipped along and got home in about 15 minutes. I walked in with about 5 minutes left in the fist quarter, right after Seattle had a touchdown called back. I turned on the TV and the they were showing that replay over and over and I thought, “Uh Oh.”

Meanwhile the boys ran upstairs and were playing computer games. It was 8 am and almost time for school. I wasn’t going to deal with that until B got home. I made some Peets during a timeout and settled in.. then Jacob came in and said “I want to watch with you dad.” I was happy. He curled up with me and we watched the rest of the first half, with me explaining some finer points to him. Sort of like the announcers –we had an international feed with Dick Stockton and Darryl Johnston a nd they explained things for int’l audience .. “Play action means when a quarterback fakes a handoff then throws.” They were good.

Becky got home, we took the kids to school at halftime and I zipped back through the snow for the second half. You know what happened. I can’t say I enjoyed watching the whole thing. It was sort of excruciating, really, but when it ended, I burst into tears. They were momentary but real. I still don’t understand that fully but I felt really happy for Pittsburgh and thankful for the gift of this strange religion that binds so many old friends together. This win will keep the fires burning strong for another 26 years at least. I’m sure of it, though I do hope they win again before I am 65. I really do think it says something nice about Pittsburgh that the team has only had two coaches since ’69 and they have stuck with their guys through some down years.

I was also really happy for Bettis, Ward, Rooney and especially Cowher. He has taken a lot of shit over the years, but he has kept us in the hunt consistently, which has allowed us something to look forward to and share this crazy thing together all these years.

It’s 9 pm now and I need to go to bed. That flight has caught up with me. The kids did remarkably well at school today. We got about two inches of snow and they let school out an hour early, actually. I also just got unconfirmed word that all Pittsburgh schools have a two-hour delayed opening tomorrow. Just one more thing to love about the place.

Column 4 Here we go Steelers.. posted from Phuket Reports from the frontline
Scroll to top