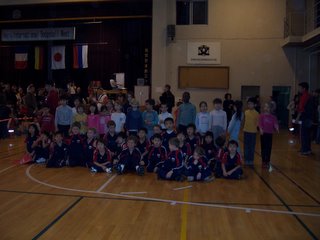 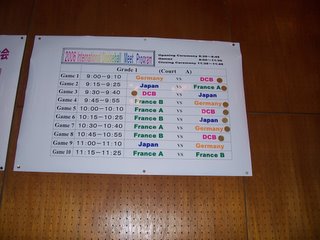 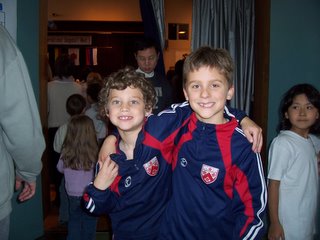 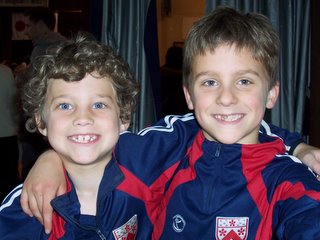 Well, the dodgeball tournament was a huge, smashing success. Dulwich destroyed all comers, winning four games with apparent ease. I’m sorry I missed it. It sounds like I could have had a column about of this thing no problem.

Apparently, the fears of the Japanese team were unfounded and our squad was by far the most organized, polished and athletic. They had actual strategy, which was for whoever caught the ball to flip it to Lucas on one wing or Leanne on the other and let them wing it at the other team. Apparently, Jacob had a very clear and definite strategy of staying as far away from the ball as possible at all times.

He was really proud. The pictures are of him and Lucas, his good friend and Dulwich’s star athlete. Lucas was on our soccer team and is a superb player.