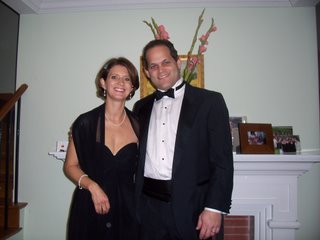 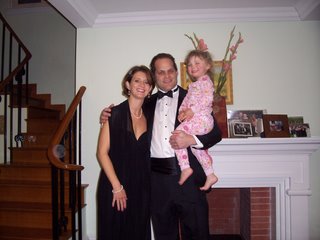 It just felt so wrong to me. I couldn’t get comfortable so I kept drinking until I had drunken so much bad red wine that I felt, smelled, looked and thought like a Thunderbird-swilling wino. That didn’t go over so well and eventually we had a stupid if not lasting fight. I think Becky was having a good time before I starting acting like Dennis Hopper in Hoosiers.

I’m not proud of this in any way. I’m just being honest. The whole thing just felt so stilted and colonial. I can’t really defend this comparison, but it reminded of the horrible memorable scene in The Invisible Man when the bright young high school grad gets invited to the black tie ball by all the town’s swells. He thinks he is going to get a scholarship and give a speech, which eh rehearses, only to arrive and find out that he is to take place in a last-man-standing fight with other ‘colored boys.” Last one standing gets the scholarship.

He is filled with rage and horror and looks out from the ring at the smiling, porcine faces of all the town’s prominent citizens and captains of industry, smoking cigars, drinking whiskey and whooping and hollering as the boys pounded each other into submission.

I couldn’t help but think of that and feel that that’s what we must have looked like to the Chinese wait staff. Maybe that’s just liberal guilt run amok. Maybe it’s just a desperate rationalization for my own boorish behavior. You decide.

Here is an invitation to the next big affair. It seems ghoulish to me. We will not be attending.

Life, Liberty and the Pursuit of Happiness!
Celebrate America’s 230th birthday as we go back to the American Revolution and the age of the Founding Fathers! Experience award-winning dining, bid on incredible Live & Silent Auction items and enjoy sensational entertainment that has become the hallmark of the annual AmCham Charity Ball.