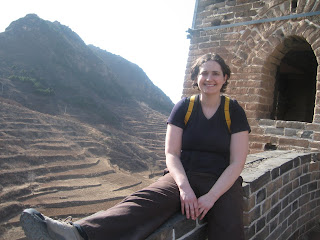 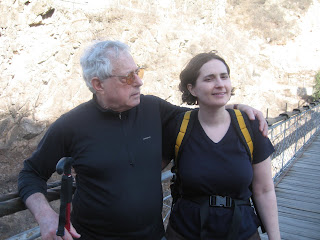 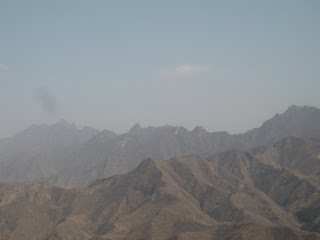 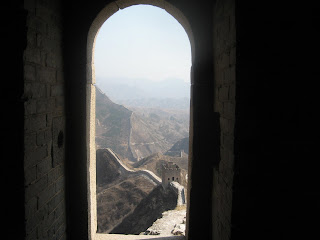 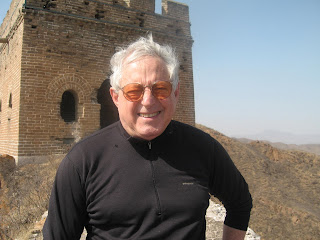 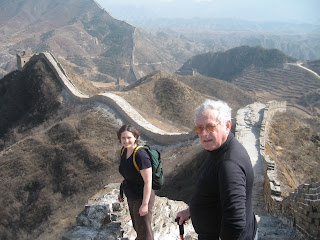 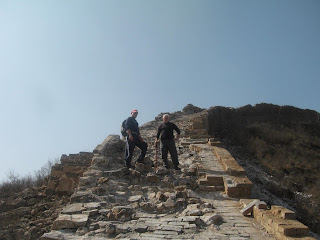 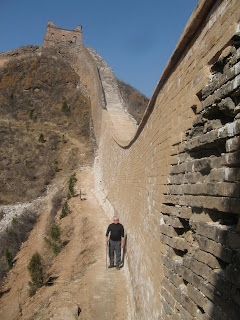 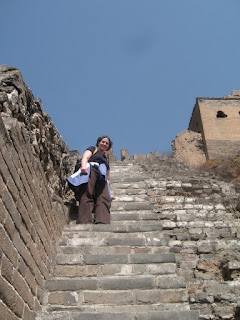 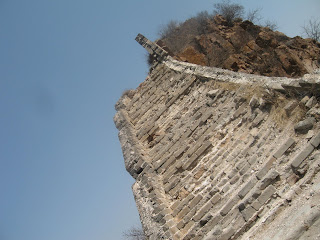 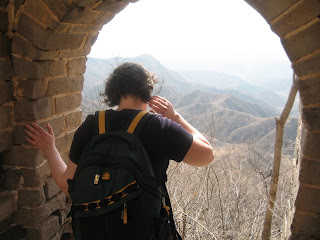 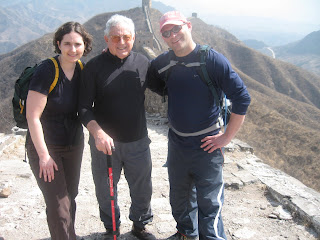 Becky’s parents, little sister Jenny and Aunt Judy arrived yesterday afternoon. They are only in Beijing for a few days as we are all leaving for Sichuan early Weds. morning and they are then continuing on without us. So it’s been whirlwind. We went out to dinner last night and headed for the Great Wall today.

Becky, Judy and Ruth took the boys to Mutianyu, realtively tame section, we have been many times, and then on to the Schoolhouse, which we had heard was a great new restaurant and art gallery nearby. I wanted to take Jenny to hike from Jinshanling to Simatai, a pretty well -known, reputedly quite rugged unreconstructed wall hike I’ve wanted to do since we got here. I knew Harold would insist on coming and he did despite our efforts to steer him away.

I hired a car and we drove out to Jinshanling, which i about two hours away, in Hebei Province. We hiked up and got onto the Wall, trailed by a bunch of young woman carrying satchels of T shirts, posters, etc. Two of them ended up following us for a long time, through some difficult, treacherous terrain (which they didn’t even notice), and it worked. We bought a poster from the young girl after she had followed us for about an hour and a half. She was kind of pleasant actually.

Anyhow, it’s about an 11-k hike. I had not been on it but had been told it was tough and by several people not to bring anyone with a fear of heights out there. We got started and there were several extremely steep uphills.. some ramp-like, most up stairs, some of which were crumbling. It was difficult and Hal was sucking wind badly. I was thinking it was big mistake for him to be there. One of the ladies said to me,”Baba lai-la” (“Daddy tired”) and it was clearly true. But we pushed on slowly, and he gained strength and eventually it levelled off a bit. It never got easy but the first third to half was the most intense. There was more downhill on the second half, which had its own difficulties, tough on the legs and you had to be very careful not to go down.

It ended up taking us about four hours and it was really beautiful out there today. You could see for miles, and you certainly have a good feeling of accomplishment when you walk into the Simatai parking lot and grab an ice cold Yanjing beer. Doe anything taste better than the first sip of a cold, well-earned beer on a hot day?

Meanwhile, the other crew also had a great day. If one of them coughs up photos, I will post away.