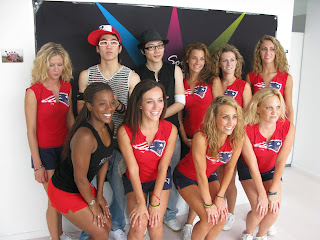 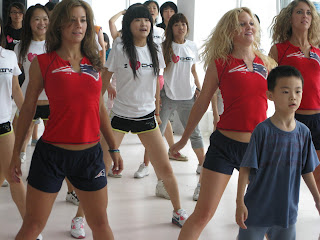 This might be the most widely read thing I’ve ever written. It involved coverage of the New England Patriots cheerleaders’ visit to Beijing to train Olympics cheerleaders. And it turns out that having the word cheerleaders in an online story generates intense traffic. Who knew?

Apparently, this little item led every NBC affiliate website in America last week. Maybe it still does. Who knows. They actually added a Chinese cheerleader photo gallery to the story and the funny thing is, after all these Getty Images photos, the last one is a shot I took.

The other funny part is that most of the pics are from the MLB game last March between the Dodgers and Padres and I know for a fact that those cheerleaders were actually Korean, not Chinese.

I brought Jesse and Nico with me to the event and I think they were bored out of their minds after their initial titillation. Welcome to the life of a journalist, boys.