There’s a really interesting interview with journalist and author Pete Hamill on the Atlantic.com, which I highly recommend.

Among other things, he talks at length about 9/11 and his reporting of it, why the death of Osama Bin Laden can’t bring “closure” – a term I have always hated, and his views on newspapers , the differences between a tabloid and broadsheet and even his romances with Jackie Kennedy and Shirley MacLaine. Insightful and fun read, which is always a good combination.

One question and answer that also caught my eye, for obvious reasons was about the WSJ in the Murdoch/News Corp era.

What do you make of what Rupert Murdoch has done with the Wall Street Journal since he purchased it in 2007?

It’s a better paper. Jesse Abramson, a great sportswriter at the old Herald-Tribune, gave me some good advice when I was a young reporter: “Write for the guy who reads page one.” By which he means the interested guy who bothered to buy the paper. The man didn’t buy the paper to get a passel of jargon thrown at him. Tell a tale clearly using language people understand. Rupert Murdoch and his editors have made the Journal much more readable.

I agree with him and think this has been really overlooked and misunderstood. Given Becky’s position and involvememt, I have a lot of skin in the game. He does not.

I also liked this quote a lot and fully agree with the sentiment:

“The whole point of a press card is that you have privileged access. I respect that. It’s earned. If you’re sitting there with a press card and don’t go out of the building and you read the Washington Post and then write a column, you’re not taking advantage of the thing that’s been given to you. I learned about the world and the lives of others by going on assignments and asking questions and listening. A lot of people don’t do that now.” 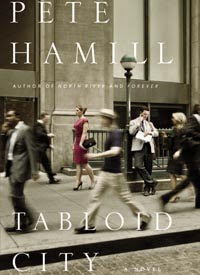 Ah, the good old days – Jet Lag division Torture did not lead us to OSL
Scroll to top