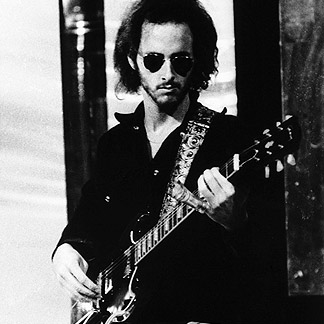 I heard The Doors’ “When the Music’s Over” on SiriusXM’s Deep Tracks today and was struck both by how appropriate it felt and how good it was. Then I remembered how much I enjoyed talking to Robby Krieger about his killer guitar solo, which features two harmonized tracks, and I dug it up. Enjoy:

“That solo was really a challenge because the harmony is static. I had to play 56 bars over the same riff, which isn’t easy. It’s a lot easier to play something over an interesting chord progression. But we did that a lot because we were really into [saxophonist] John Coltrane, who pioneered “modal” jazz and soloed brilliantly over static harmonies and minimal chord progressions. I was always trying to play something that sounded like him—just totally out there in terms of tonality. I think “When the Music’s Over” is the closest I ever came.”

We’re not moving to Canada. So what do we do now?
Scroll to top