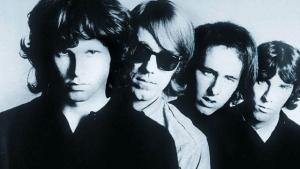 The Doors were at a low point in December 1970, when they gathered to record their sixth studio album. They had been banned from performing after singer Jim Morrison’s prosecution for exposing himself at a Miami concert, effectively killing their performing career. Their previous album, 1970’s Morrison Hotel, had failed to break out. The group was enveloped in a general sense of doom and decline.

“We were pretty far down – people were saying we were over,” recalls guitarist Robby Krieger. “We couldn’t play anywhere. Morrison Hotel hadn’t done much. Jim was getting fat. Nothing really seemed to be happening and we didn’t have much material when we started the sessions.”

Then things really started to get bad. “Before we even started recording, our producer walked out on us,” recalls Krieger.

That was Paul Rothchild, who had been behind the boards for each of the Doors’ first five studio albums. During pre-production in the band’s rehearsal space – where they would record the album, to maintain a more informal feel -a frustrated Rothchild decided that the Doors were running into creative dead ends, wished them well and walked out. Engineer Bruce Botnick took over the reins, and that low moment became a catalyst for one of the band’s landmark albums – L.A. Woman.

A new 40th anniversary, two-CD version of the album includes alternate takes of “Love Her Madly,” “Riders on the Storm” and the title track, as well as a never-before-heard original, “She Smells So Nice.” Much to the surprise of Krieger, keyboardist Ray Manzarek and drummer John Densmore, Botnick discovered the track, a loose blues jam that segues into B.B. King’s “Rock Me Baby,” while reviewing the album’s session tapes for the reissue.

“I think we came up with an album so loose and cool that it has stood up for 40 years because there was no pressure,” Krieger says. “We figured we were screwed, so we started having fun again. We were so far gone that it was like a weight was lifted when Paul left. He was a great producer and you can’t argue with the stuff we did with him but he was always a very difficult guy to work for. He was a perfectionist and we were looking forward to having the dictator off our back and just having some fun recording for once, which is exactly what happened.

“Before that time, we probably weren’t ready to do something like that – we really needed Paul. But after five albums we all knew how to record and what a good take sounded like and we ended up recording everything in a couple of takes, maintaining a very loose vibe and energy throughout. It was great the way it came together, with everyone chipping in and contributing.”

LA Woman was released in April 1971, but what might have been a new start proved instead to be a farewell. Just three months later, Morrison was dead in a Paris hotel room.

“It’s just too bad that we tapped into on LA Woman didn’t last longer,” Krieger says. “Jim had been pretty uninvolved in some of the albums but he was right in there with us on this, and that’s a big part of what made it so special.”

Krieger shared his memories of some of the album’s greatest moments. 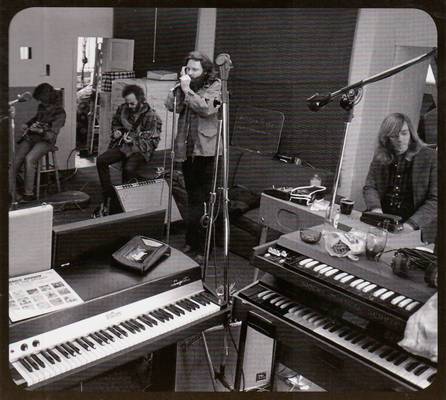 “I’ve always considered this the quintessential Doors song. It’s just magical to me and the way it came about was fantastic. We just started playing, and Jim started coming up with those words, and it just poured forth. Jim was sitting in the bathroom, which we were using as an iso booth, singing. I don’t know how he came up with that whole concept on the spot like that, but he did. You would think that would have been a poem that he had written before, as many of our songs were, but it’s not. That was just written on the spot.

“It’s very natural, and sums up a lot of our best qualities. All the interplay with Ray just happened. We really understood each other at that point. We could anticipate where one another were headed and just play.”

“Been Down So Long It Looks Like Up to Me”

“Marc Benno played second guitar on four of the songs on this session. The idea was I’d be able to play the parts live and not have to overdub the solos, and it really worked. We recorded this live, Marc playing the rhythm, so I could just play the leads, fills and slide. I kind of get embarrassed when I hear it now because it’s so loose; it would be hard for me now to leave something this sloppy on a record now, but I’m glad I did. It‘s part of the charm of the song and of the Doors.”

“Cars Hiss By My Window”

“That was really done on the fly, all live. We wanted to do homage to [bluesman] Jimmy Reed and I just started playing in E and this song just happened. I love it.”

“She Smells So Nice>Rock Me”

“It’s amazing that we found anything new after all these years and all these reissues. We keep looking in those vaults and I guess we’ve never done a thorough job. We always seem to find something. Bruce Botnick found this and I was glad he did. It was a lot of fun to listen to because it’s really typical of the kind of jams we used to do to warm up and get ready for a session.

“It’s also interesting to hear Jim use the ‘Mr. Mojo Rising’ line that he used so famously in ‘LA Woman,’ and which I had not recalled him pulling out in a jam like this. There are different stories about where he came up with it.  That witch [Patricia Keneally, who is said to have married Morrison in a Wiccan ceremony] claims to have told him about anagrams and apparently they came up with that one night at her place, but I have never known whether or not that was true.” 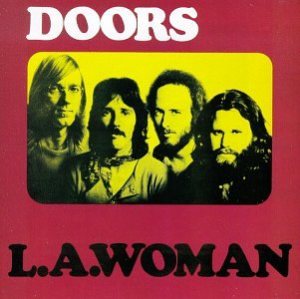 “Riders on the Storm”

“We had some practice sessions and took down a couple of demos and that was one of them that Paul heard, and he hated it. It was one of the things that led him to walk out. The song had come about quite naturally. We were fooling around getting loose by playing The Ventures’ great guitar instrumental ‘Ghost Riders in the Sky’ and it just kind of morphed into something else, through jamming and Ray playing off me. I was playing with this cool tremolo sound that the Ventures favored and kept it going once ‘Ghost Riders’ became ‘Riders on the Storm.’

“I really feel that if you’re a real band, jamming can be the best way to write songs. You discover things and latch onto great riffs and interlocking parts, and we were doing that more and more – with Jim more involved in these sessions. I truly believe that if he had stuck around a little longer, we would have done more and more like this.”

Alternate versions of “LA Woman,” “Love Her Madly” and “Riders on the Storm”

“It’s fun to hear different version of these songs. Finding all that stuff was a big surprise. When we searched our vaults putting together the box set, we found alternate takes of ‘Roadhouse Blues,’ including one that I really preferred and wished we had used. Ever since, we’ve been searching for outtakes and when Bruce called and said he had heard outtakes, I was really excited.

“It’s fun for me to hear them, but hard to say that I prefer any of them over what we used. It’s not as simple as that, because after you pick a take, then you end up refining and overdubbing and it becomes almost a different song.”

“The WASP (Texas Radio and the Big Beat”

“This just has all kinds of weird things in it. In fact, Ray hates to play it because he always forgets it. When you try to play it with people, they always say, ‘That doesn’t make sense… why do you do this here and not go here?’ There’s no explanation. We just kind of knew when to come in, when to get out, when to make the changes and what one another were going to do. Generally, Ray set the pace and we had to follow or it would all fall apart. He just did what he wanted.

“A lot of these songs seem easy to play but they’re not They have extra bars in them or inconsistent turnarounds – things I would never do now that I know more about music, but which helped make them memorable and relevant to this day. At the time, the simplest things could amaze me, like a minor chord going to a major chord.”

“I had a little house up in Benedict Canyon, which is near Laurel Canyon. Jim and John and a couple other people came over to there one night, and we were just fooling around, taping some stuff. And I had this pet bobcat at the time, which would mostly stay outside, but sometimes it would come inside. But by that time it was getting real big, and kind of dangerous, so I didn’t let people pet it or anything. And that’s where Jim got that line about the lions.

“And ‘hyacinths’ referred to some hyacinth flowers that were right outside the window. And in that line about the bathroom, Jim was talking about this friend of ours who was there, who kept hogging the bathroom all night. Jim wanted to go to the bathroom, and he couldn’t. Finally, the guy got out of the bathroom, and Jim goes, ‘I see the bathroom is clear.’ He wrote the song on the spot, and I think that was how some of the best Doors songs were written. Then we just recorded it on my little Sony four-track, which was a real nice, high quality tape recorder. To call it a home studio is kind of funny, but it was a pretty revolutionary piece of home machinery at the time.

“That pet bobcat was so cute. I saw her in a pet store when she was a cute little kitten and said, ‘She looks just like a bobcat’ and the guy goes, ‘She is a bobcat.’ She was a great pet for about three years and then she got a little bit nasty and I gave her to this weird guy who loved jungle cats and specialized in taking people’s pets that had gotten too big and releasing them into the wilds in the Ventura County mountains but he claimed that she attacked him and he had to shoot her. Poor kitty. But at least she is remembered forever as the ‘lion’ in ‘Hyacinth House.’”

Robby Krieger on “When The Music’s Over”
4 replies

Andy Aledort with Big In China: 5-18 in NYC Time to appreciate Chris Bosh – an interview
Scroll to top