On this MLK Day, I think it’s important to remember that when he was killed he was in Memphis marching in support of striking garbage haulers. I’m also sure many of those striking men could have and would have done a lot of other things had they had the opportunity to do so. It bothers me that we have garbage pickup today. Let’s not allow MLK Day to become another excuse for sales.

Gregg Allman wrote this song for Dr. King but it was never on one of his studio releases. He’s said that he never intended to release it and just wrote it as a personal tribute, but he also sold the song for way too cheap to producer Steve Alaimo when he needed money to get back to Los Angeles. Alaimo also bought “Melissa,” which ABB manager Phil Walden eventually bought back 50 percent of… There are multiple versions of it, and this is not my favorite but I think it’s a great tribute to a great man and the person who put this video together with pics of Dr. King did it justice. 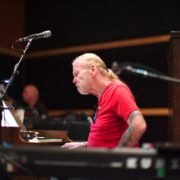 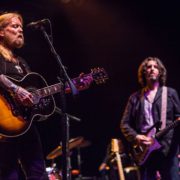 Beijing Blues: “They say the sun is shining, but I can’t see it... Win this Photo
Scroll to top